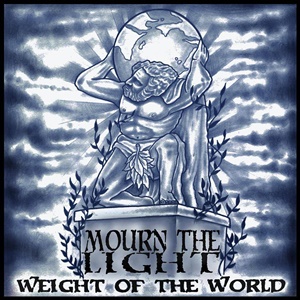 Starting in late 2017 with an affinity for various types of metal and hard rock, Mourn the Light hail from southeastern CT and contain members with ties to the New England scene from a club/promoter standpoint. Weight of the World is the quartet’s first recording, a three-song EP that careens around doom/heavy rock along with a traditional heavy metal slant that should set the band up for a solid platform to build upon.

First impressions include the varied vocal approaches that mirror the equally dynamic riffs and influences present. As a singer Andrew Stachelek has a magnanimous delivery and presence, reminding this scribe of Grand Magus’ JB Christoffersson or others in that doom/epic metal ilk where they aren’t necessarily hitting Halford-esque falsettos but setting the landscape through mystical charm. There’s a steady swinging mid-tempo musical riff/hook combination to opener “End of Times” that blends classic Trouble with a mead-hall chorus sure to gain audience approval and sing-a-long action. Guitarist Dwayne Eldredge understands proper doom riffs and traditional harmony/transition twists that along with his gruff background vocal supplementation (think Crowbar/Scissorfight here) makes the longer 6:42 title track a stand out – given a shred/neoclassical boost from a guest lead break by Firsrbourne’s Mike Kerr. The closer “Embrace the Darkness” contains proper doom pacing and buildups for a moody arrangement – the instrumental break a brilliant sequence that feels straight out of the Rainbow/Sabbath playbook.

The production has a robust, plug in and play aspect that serves the material well – and the cover reflects the title accurately (thankfully, no skulls present). Mourn the Light will make an impression because they cross various sub-genres without succumbing to a stoner/sludge aspect that underscores a lack of distinction for many of these new bands. They love doom, heavy rock, and traditional metal – as such Weight of the World is a tidy, satisfactory outing that hopefully won’t be the last we hear from this foursome. 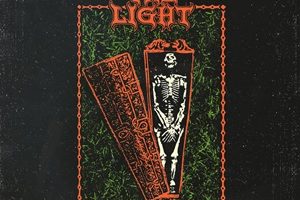 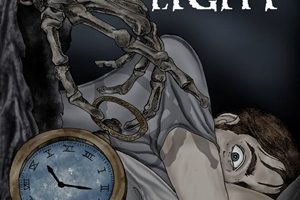