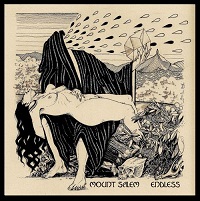 Sometimes traditional works. There is a mighty large scene devoted to aping off the forty year old successes of Black Sabbath but sometimes, only sometimes, someone manages to nail it in their own way that makes the music stand for reasons beyond its influences. For Mount Salem that uniqueness is unequivocally the monstrous vocal abilities of frontwoman Emily Kopplin – like holy balls, she has some pipes. Otherwise on this, the semi-reissue/update of the Endless EP from last year, the band is properly introduced to the world and in the very crowded genre which they ply their trade, they just might keep you long enough to hook you for good.

The primary detractor for this album, though at times equally applicable to any doom release, is the tangible sameyness that pervades throughout. Tempos are slow and never aspire to medium paces, preferring instead to remain stomp-based dirges throughout like on introductory track “Good Times” or late feature “Hysteria”. When not leading all charges with her soaring voice, Emily likewise drapes the remaining instrumentation in organ play, rarely front and center but most always filling out the picture. Traditional nature, is here anyway, the key to enjoying Endless.

That is to say, aside from the fantastic voice that fronts the band, there’s otherwise little unique or differentiating for the band. In part this can likely be attributed to the nascent nature of the group and that’s okay, there’s apt to be enormous growth by the band in the years ahead. Still, with all things considered within the genre as a whole when it’s traditional done this well and layered with a voice so awesome, it’s easy to get lost in. The band has more going for it than most and most certainly warrants exploration by genre fans and unknowns alike. 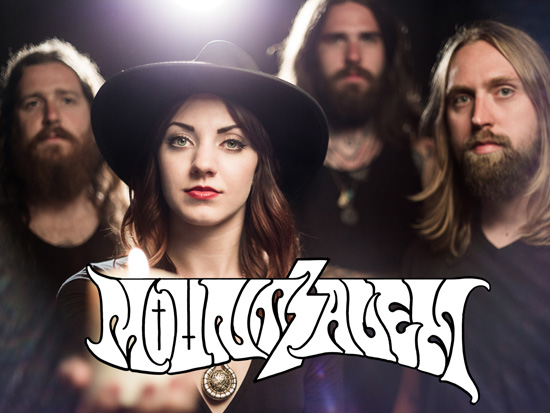