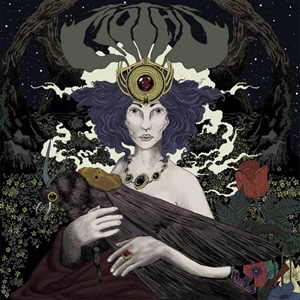 Coming to this scribe’s attention due to bassist Weslie Negrón, formerly with thrash band Zafakon, Moths started in 2016 to blend together two seemingly divergent sub-genres in heavy music: progressive metal and stoner rock. The quintet from San Juan, Puerto Rico aim to attain a diverse following because of their attention to powerful grooves and heavy riffs while being very musically sophisticated and engaging – and that’s the goal right out of the gate on their debut self-titled EP. There’s something very pure and primal about the band’s sound this early in the game – possessing a ferocious guitar sound and a rhythm section vibe that befits an act that loves 70’s progressive rock as much as the stoner and metal genres.

Starting from a spacious, semi-feedback angle into a jagged progressive guitar sequence, “Lepidopetra” contains alternative melodies and savage screams, tight as a dime transitions, and loads of dynamics over it’s 6:28 timeframe. It’s as if Queens of the Stone Age and Red Fang decided to go into a death match with Opeth and Voivod, a swirling microcosm of influences that works because of the unexpected – the soulful, higher-pitch notes from singer Damaris Rodriguez an asset to behold. The groove factor appears with Weslie and drummer Daniel Figueroa on the follow-up “Adhara & Pay”, a much more straightforward effort that possesses a lot of those 70’s qualities including an ambient-like instrumental sequence during the mid-section (think Led Zeppelin) – the vocal delivery Perry Farrell-esque. The final original “Desires” works off jumpy verses and brooding/savage transitions – subscribing to the versatility of the musicianship on display. The EP concludes with Moths’ interpretation of “21st Century Schizoid Man” – the King Crimson classic given a fuzzier keyboard tone plus taken through the stoner ringer, while still maintaining the mechanized, progressive atmosphere that put it on the map in the first place.

Moths understand how to not let either side of stoner/groove and progressive metal override the other – creating a catchy and deeply intriguing release. A band to certainly keep an eye on as they gain more comfort and live shows under their belt.