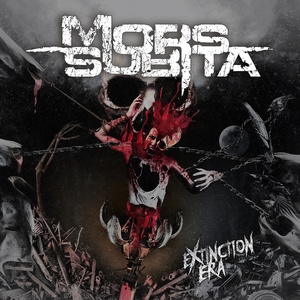 Are you bummed out by many melodic death metal bands’ decision to take their sound and add more ‘pop’ elements to it? Do you yearn for something thrashier and heavier? Perhaps something more akin to some Carnal Forge than some In Flames? If you answered yes to any of these questions, there’s a high chance that you’re going to dig Mors Subita’s fourth album, Extinction Era.

Much along the lines of their previous album, Into the Pitch Black, Extinction Era is about thrashing out instead of belting out power choruses. The speed is often frantic, resembling more frantic acts such as the aforementioned Carnal Forge or early Soilwork. The music is pleasantly riff-driven, with the band adding in plenty of scorching solos and frenetic melodies as they attempt to keep the music moving forward as fast as they can. The short, and raging, “Disconnect,” is the perfect example of this. A lean and mean cut under 2-minutes gets straight to the point (and to the blastbeats) as the band rips through high-tempo guitar riffs with just a few seconds of slow down to get your head moving with some cinematic flair as the guitars and keys merge for some memorable moments. The formula works well for the band, and these blistering tracks are effectively peppered into the album along with some more grandiose ones. These longer songs tend to work the groove a bit more, laying in some more mid-tempo, which allows them to bring in the keys in a supporting role (again, the riffs rule all here) to spice things up and add a very light sci-fi feel at times. “Strain” and “Into Eternity” hit these notes, with some extra attention given to some leadwork as well – something that the band is strong at personalizing and making sure it is not only flashy, but adds to the song.

Mors Subita can bring furious energy to the melodeath formula without sacrificing melody. Extinction Era sits at the more thrilling end of the spectrum with its attention to high-flying melodies and breakneck speed. The groove time works too, proving Mors Subita to be an act that continues to strengthen their metal resolve with each release. 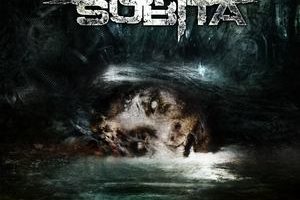