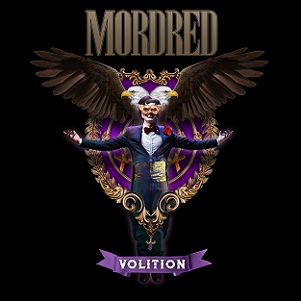 Mordred never received proper credit for being the first fully-fledged rap-metal band. The band had their run in the late ’80s/early ’90s as part of Noise Records, but their Bay Area locale meant they were often an afterthought for the German-based label, who, never quite knew what to do with a band so ahead of its time. After undergoing the usual, if not predictable shift in sound by their third album, 1994’s The Next Room, Mordred called it a day and was subsequently forgotten as the style they helped pioneer exploded. Over 26 years since The Next Room, Mordred has returned with the four-song Volition EP.

This isn’t necessarily a reunion album since Mordred has technically been back together since 2013. They released the “Baroness” single in 2015 (of which is a part of this EP), but the rest is all new material, catching the band still in stride with their upwardly mobile thrash rhythms and the rapping and singing of Scott Holderby. Minus the pure hip-hop and no guitar approach of “What Are We Coming To,” Volition translates fairly well in this environment — Mordred is still largely a thrash band who simply has a guy who can rap and pull off a catchy chorus, like on “The Love of Money.” Extra bonus points for gnarled and in-your-face guitar tone of Danny White and James Sanguinetti.

Eventually, history will reflect better upon Mordred. Their Fool’s Game debut has more sizzle and attitude than any rap-rock album that exploded in the ’90s. All Volition does is serve as a reminder of who did it first — and that Mordred can still bring it. 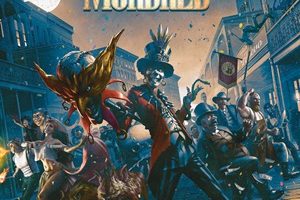