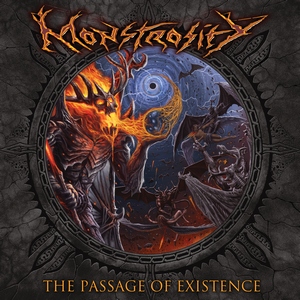 A long-running, veteran death metal act from Florida, Monstrosity never really managed to achieve the same legendary status as some of their peers at the time in the scene, despite a definitive dedication to the craft. Writing what would be considered more technical than some of their brethren, they are also noted for having George Fisher on vocals for a stint (before he became the ‘Corpsegrinder’). But in more recent years, there’s been a lacking in the Monstrosity camp, but The Passage of Existence remedies this, being the band’s first release in 11 years.

Those familiar with Monstrosity’s formula will no doubt be pleased by this first full-length in over a decade. They have clearly weathered the time well (certainly doesn’t hurt to be active in other bands through this timeframe). For those who may have forgotten, there’s a more technical piece to Monstrosity’s material, but it falls in line with the ‘90s death metal scene more than the tech death leaning of today. There’s intricate playing, but nothing that ever occurs at the expense of the song. Despite all the musicianship, there’s never a lack for a catchy riff/lead here or there, or even some groove (see “The Proselygeist”). If anything, The Passage of Existence plays as a Floridian death band that doesn’t feel dated. With so many bands attempting to recreate the past, Monstrosity have kept their music intact while moving forward with songwriting and production values. If there’s admittedly small weakness, it’s the overall length. At almost an hour long, the album starts to feel bloated towards the end. While it never waivers in brutality or musicianship, it’s simply a lot to take in all at once.

Monstrosity stay true to their form, with Floridian death metal of the highest order on The Passage of Existence. While it doesn’t do much in terms of forward motion, it’s been such a lengthy absence that it’s a treat to get a release that stands on par with the rest of their storied discography. 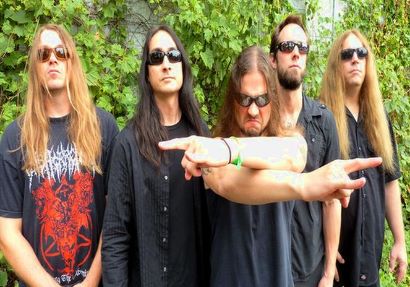