Over the course of 18 years, one hopes that a band finds its own identity, naturally shedding their initial influences of songwriting inspiration and spreading their creative wings for a place on their own musical

Guitarist Matthias Mineur also contributes as a writer to the German in print magazine Metal Hammer, which I think increases tenfold the critical aspect to the band’s creative outlook. How can it not- especially in a part of the world renowned for its beer and summer festival

action? On this seventh full length Cannibal Nation the penchant for the extraordinary riff transition or accurate hook keeps my ears pinned throughout these nine songs.

this Teutonic effort in similar fashion to classic Brainstorm. Latest addition to the group keyboardist Jan Christian Halfbrodt brings his classic rock training to the table for the follow-up “Lost,” laying down some thick Deep Purple/Rainbow parts but not overstepping the boundaries of this slower, slightly 70’s inspired effort.

“Soldiers of Fortune” grabs you from the initial guitar

riff again, another one of those Savatage-like moments where the marching licks along with drummer Nikolas Fritz’s ability to play right behind the riff in a traditional manner causes the listener to activate and react in unison with the proceedings. The chilling narrative sound bites that open the slower “Scream for the Sun (May 29th, 1953)” set up the more up tempo, progressive title cut, making me want to engage with the record immediately after the last notes fade.

Mob Rules will probably be one of those bands struggling to gain their own acclaim because they don’t fit nice and neatly into a particular hip sub-genre of metal. Do not let this deter you from seeking them out, because for my money,Cannibal Nation puts all the typical power metal and predictable symphonic sounds to shame. 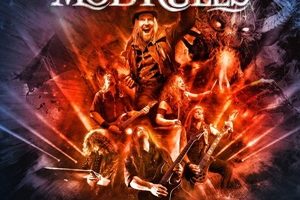 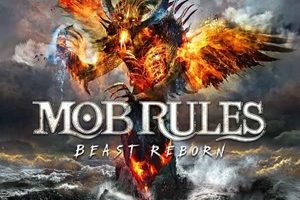