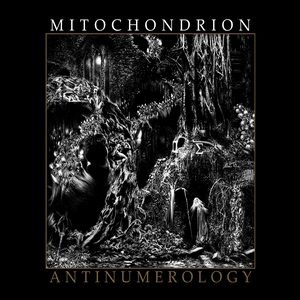 Easily one of the most well-known of the cavernous death metal movement (also featuring Portal and Abyssal), Mitochondrion have earned their seat at the dark and atmospheric table. While Antinumerology isn’t a new offering from the band, this is the first time that the 7” release is available in CD format, thanks to Krucyator Productions.

This type of ugly, sludgy death metal is not without its eerie charm, most notably the bleak atmosphere that can be reveled in with such a release. There’s the slow and murky vibes of the title track if you just want to get lost in the moment, whereas the opening blister of “Insummation” see the band at their best Immolation/Incantation imagery. The album’s middle is occupied by that of “137 (Mors Formulae),” which carries on with the blasting/crawling notions of its predecessor, but in half the time, which gives it a little bit more of a scathing tone. A scant 12-minute runtime does have the positive sense of making it one that you can quickly return to without tiring of it. It’s easy to burn out on some full albums in this style, but the brevity is appreciated here.

For those who may have missed out on Antinumerology in it’s first incarnation, it’s just as strong as the rest of the band’s catalog. The timing of it makes it feel a bit more direct in some regards, so it’s also a nice way to test the waters for those who may have curiosity about the style but may have avoided it for various reasons. 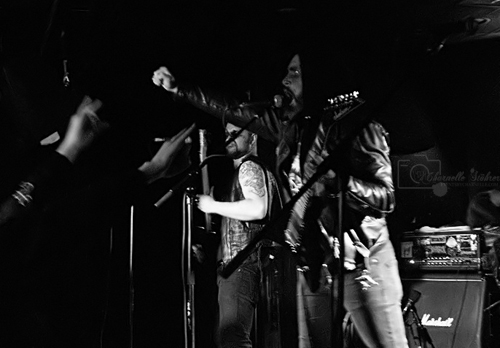