Mindwork – Into the Swirl (Divebomb Records) 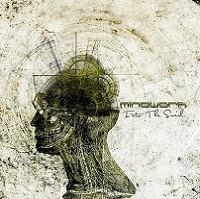 Divebomb Records usually takes a flier on 80’s cult thrash bands for their well-received reissue series, so it appears modern Prague tech death metal outfit Mindwork are the exception. The label is giving the reissue treatment to both of their releases – 2009’s Into the Swirl and 2012’s Etera, figuring to introduce the band on a worldwide scale since Prague isn’t exactly a hotbed of activity. Into the Swirl is up first, recalling the 90’s output of Atheist, Cynic, and Death; rather derivative, but with enough twists and “swirls” (had to go there) for at least a relatively enjoyable listening.

The four-piece appears to be quite fond of Individual Thought Patterns and Focus, the latter of which is highlighted in the manner in which Mindwork melds their riffs together in that they’re forced together like a square peg into a round hole. It lends to the album’s overall unmemorable aspect, even if the chilled bass intro to “On the Path to Oblivion” is a head-turner, as well as the spinning melodies ala Cynic on “Essence of Existence.” However, if you’re already privy to the bands Mindwork is aping, then these cuts, as well as the bonus demo songs tacked on to the reissue might not make much of an impression.

In the case of technical death metal, familiarity does not always breed contempt – just look at the success of Obscura and the various djent bands who offer little in terms of new ideas. Likewise, Mindwork don’t have much going for them in that department, but it’s unlikely anyone who abides by the Floridian technical metal rulebook will balk at Into the Swirl.