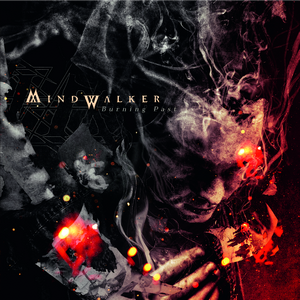 One of modern metal’s unsung heroes, Chris Clancy (most famously of Mutiny Within) has been getting around with doing some vocal work for other bands in the scene. This brings us to the topic of Mindwalker, a band from Peru, who have one previous release under their belts. Two years ago, they released Walking Alone, which has a nice Sentenced/Charon ring to it – that depressive heavy metal that was quite en vogue around the early 2000s.

With Clancy behind the mic, it does lose a bit of that gothic vibe to it, but it adds in modern metal potency. Much of the music here does stick towards that slightly depressive modern feel, and the driving riffs and upfront melodies are the type that easily slip their way into the minds of many a fan. It carefully balances the rock and metal elements within it, with songs like “Burned to a Crisp” and “Chains of Fear” going full-tilt with energy and a more metallic crunch. It’s countered by melodic numbers like “I Can’t Breathe” and “Fearlessly,” which offer a genuinely emotive core to them. It’s a good combination, and one that Clancy is a perfect fit for, delivering an emotional performance with each track. Some solid guitar soloing rounds things out nicely, with the soaring “Mad World” having one of the true highlights.

Burning Past is the type of album that one hopes more people dig in and discover. Not many bands hit this metallic frequency anymore, and the way that Mindwalker is doing it is fantastic. It’s super catchy without becoming cheesy/hokey, and all of the instrumentation hits the right marks. It was released independently in June, but with a CD release from Blackdown Music, it should be just the push the band needs. Enjoyable stuff from start to finish for melodic metal fans.