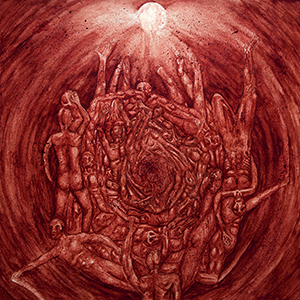 Mindscar’s first effort, Kill the King, was a great introduction to the band. Lots of energy (and blastbeats) in a modern death metal release that perhaps got some extra attention due to Trivium’s Matt Heafy contributing a few vocals and a solo. But they needed no assistance in getting their name out when Kill the Light was worthy of merit on its own accord. However, What’s Beyond the Light doesn’t seem to recapture that spark.

While the overall format of Mindscar hasn’t changed, some subtle differences appear between these two releases. Given the band’s track record of pushing that more brutal edge, logically there are only clean vocals (and not by Heafy) on the closing title track. Certainly not a complaint, but it doesn’t seem to jive with what the rest of the band is doing differently this time. While “Cerberus” is a blast-friendly exercise in brutality, it seems the deathly side has mixed with more groove, and dare it be said, some ‘core influences seep through the death/thrash hybrid. The vocals also have a higher rasp to them, which fits the band but they don’t seem to have as strong of a production to them. The musicianship still retains a technical flair (love the basswork), and there are plenty of catchy riffs and solos to keep you interested. That being said, the pacing shows some more well-rounded work, but it feels less energetic as well.

While some of the band’s positive aspects still remain key features, those expecting another batch of high-energy death metal may find What’s Beyond the Light a bit lacking in this regard. Perhaps it comes down to personal preferences here, but this effort seems bogged down in trying to evolve. Hopefully we’ll see the end product of this evolution with album number three and Mindscar will be stronger for it. 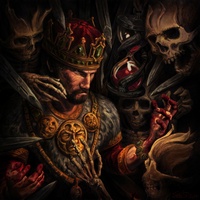