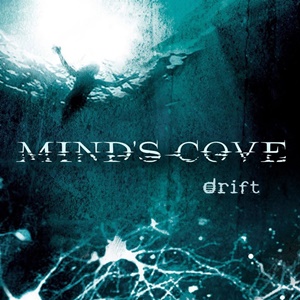 If you’ve read enough background sheets as a writer, you know that everyone has their own impetus to start something when it comes to recording music. Growing from a studio project in 2016 to an act willing to now promote their debut album with live shows, Italian melodic metal band Mind’s Cove showcase their drive and ambition through Drift. Wishing to take their collective thoughts, memories, and experiences and bring them to creative light, these eight songs incorporate a mix of power, progressive, traditional, and thrash influences that showcase musicians willing to stretch their chops even if there may be some initial growing pains to conquer.

The guitar riffing and rhythm section interplay often changes time signatures and atmosphere on a dime – looking into “Sordid Liar” you’ll hear everything from heads down thrash action that can twist into a progressive free for all, where you believe Megadeth is careening headfirst into Dream Theater, the lead break from Sergio Camelia breathtaking as well as his acoustic transition at the conclusion. These gentlemen can also lock into some serious heavy groove-oriented material, where bassist Angelo Trimarchi adds in some Steve Harris/John Myung-like finesse and propulsion for “Early Sun”, the chorus very melodic and catchy against the cleaner musical underpinning. Keeping most of the material in a relatively succinct four to six and a half-minute arrangement style allows the band to keep focus in tighter windows, allowing the parts to evolve naturally without overtly technical passages pushing things off the rails. Where this scribe believes a little more seasoning needs to occur for Mind’s Cove to be that much stronger and better is the little things – the ballad “Mirrors” for instance contains a weaker main tempo in the drum department that could have been a little tighter or engaging, and there are times where vocalist Matteo Melita wavers in between ranges that are more powerful than others (look at “Broken Stones” and “Loss” here).

Overall though, Drift could be a launching pad for Mind’s Cove to expand more in their own niche as the band grows together with live work and more rehearsal/ songwriting sessions under their belts. It’s not often that you can feel organic depth in multiple genres like progressive, power, thrash, and traditional metal/rock as you’ll hear on this record – so those into melodic hooks and strong dynamic musical interplay may find this a hidden gem.