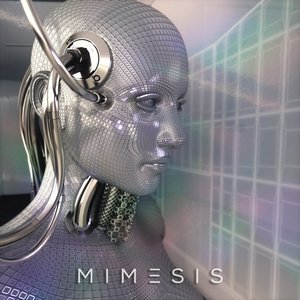 Comprised of a number of members from the New England metal scene, Mimesis is a coming together of a number of different influences. Tossing some progressive and technical stuff, djent, mathcore, and some floaty atmosphere the way they have done is ambitious to say the least. But as the introduction to the band, they leave open a wide spread for themselves to indulge further into with future releases.

As noted above, Mimesis is a tough act to really describe outside of simply tossing the ‘prog’ tag at it and calling it good. But that isn’t a bad thing, and those who yearn for something more adventurous are definitely going to find it here. The five tracks here are dense from a musical standpoint, and will require multiple listens to really unpack a lot of the nuances that spread across the background of the music. There’s a lot of beaming and bright displays of technical showmanship with all of the instrumentation, yet it never feels overbearing or just being there for the sake of being ‘proggy/mathy.’ Instead, the complexity feels enticing – it’s mindblowing and you just want to hear what is coming around the next corner. There’s some sci-fi vibes that come across as well, with “The Mirror” really exemplifying this point, be it the spiraling guitarwork, battering drums, or floaty electronic samples. In contrast to the hyper-technical musicianship, the gentle vocals of Jen Janet give a dreamy vibe for the most part. A bit lower in the mix, the soft vocals help bring in some inviting atmosphere to the bevy of musical exploration going on at any moment.

Mimesis does a great job of balancing massive progressive structures with an oddly inviting atmosphere. Prog nerds will devour all of the instrumentation available to dissect down, but a more casual fan can still enjoy it with ease because of the playfulness of the riffing and inviting vocals. An excellent debut, and one that ups the curiosity as to how they will expand upon it in the future.