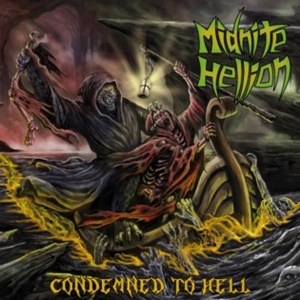 Commitment to one’s principles is admirable – even if there are many forks in the road. New Jersey act Midnite Hellion came into being in 2011, releasing a demo, EP, single, and live album in the first four years prior to this proper full-length studio record for Witches Brew. Considering the numerous lineup changes in the six years (at least fourteen different guitarists, bassists, and vocalists no longer in the band), the current incarnation has whittled down to a power trio format, of which drummer Drew Rizzo and bassist/vocalist Rich Kubik are mainstays. Condemned to Hell contains nine songs that traverse thrash and standard, classic metal lines – aligning for the roots of both genres while keeping things lean, mean, and in your face.

The Michael Jackson/radio deejay sound clips that open “Black and White” showcase a keen sense of humor for Midnight Hellion – but rest assured they deliver hard and heavy riffs in the traditional, 80’s-oriented style. There are many sections where the guitars, bass, and drum parts unify in tribute to the classic Iron Maiden days – the instrumental sequence for “Enter the Nightmare” has that extended battle/march atmosphere even on a mid-tempo basis, Drew tapping out hits and kicks as Nicko McBrain did during Piece of Mind. Occasionally the predictably factor shows up, where even newcomers can tell where a certain riff will go in terms of pacing – or beating something into repetitive submission, the latter the case for the second half of “Soldiers of Hades”.

Rich has a serviceable delivery on the vocal front – sneering in a clearer manner than James Hetfield, but not necessarily going to threaten the Dio/Dickinson/Halford-types who reign in this arena. His drawn-out phrasing during the chorus of “The Fever” for instance veers dangerously close to “Seek and Destroy” (the parallels uncanny), while his lower range fits “The Morrigan” adequately because of the shifting traditional riffs that go into early Metallica instrumental land (“The Call of Ktulu” specifically). Closing out the record with a probable future B-movie theme song on “Teenage Bloodsuckin’ Bimbos” – Midnite Hellion aren’t exactly firing out anything super original, keeping their influences close to the vest and hoping the listeners will join them on the ride. Potential puts Condemned to Hell in that wait and see holding pattern for this scribe. 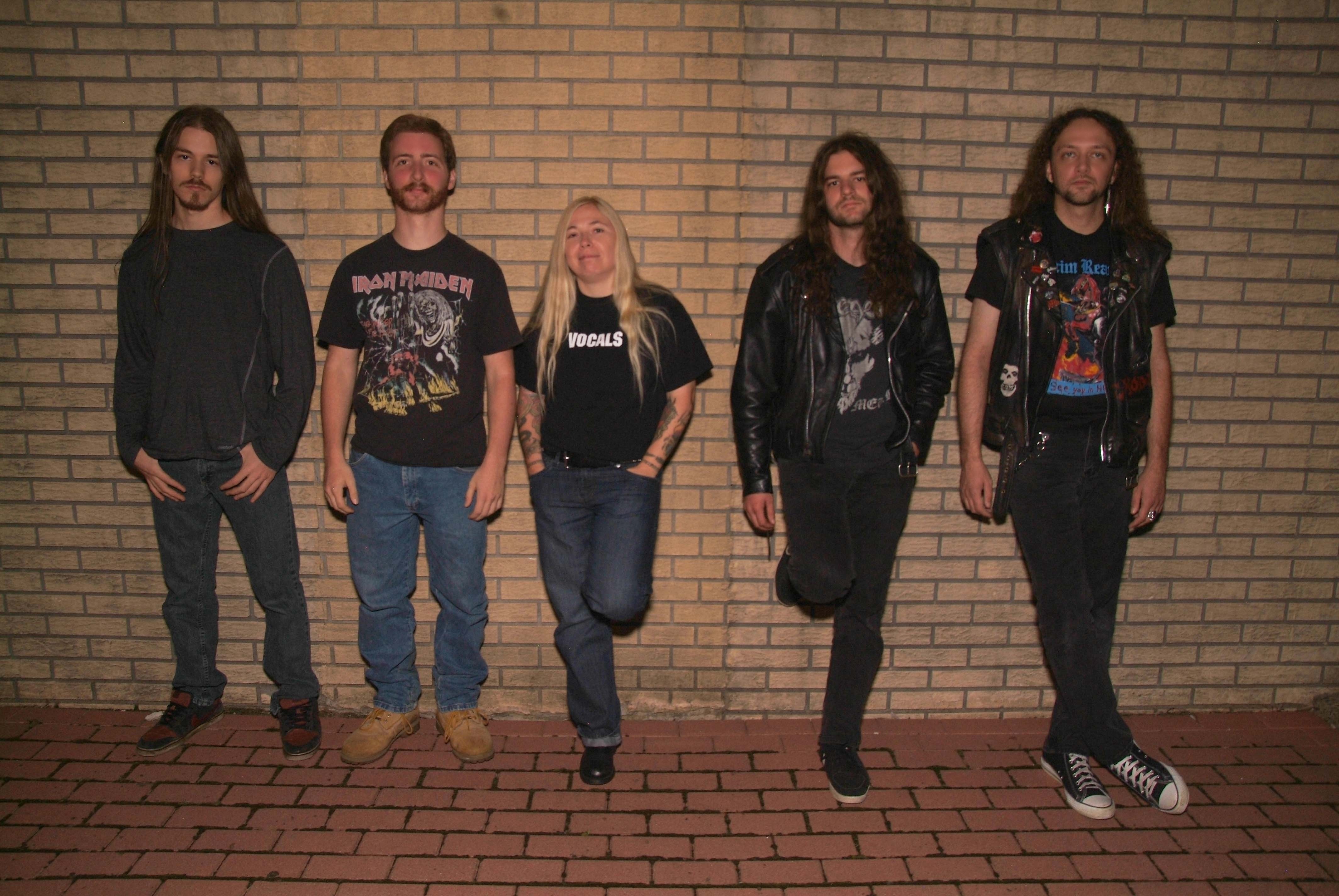