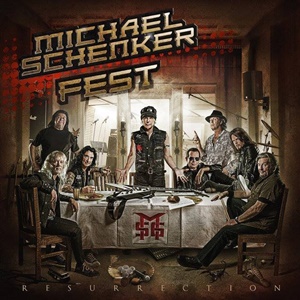 Master of bluesy, melodic, single-string oriented lead breaks since the 1970’s with the Scorpions and UFO, guitarist Michael Schenker possesses a legendary discography from that point forward. Be it solo outings, instrumental efforts, or group-oriented action, the man is enjoying his third career escalation due to his influential catalog and inspired playing abilities for many metal axe men (Lips of Anvil and Kirk Hammett of Metallica two of many to sing his praises). After participating in a Michael Schenker Fest tour where many MSG vocalists of the past came on the road like Gary Barden, Graham Bonnet, and Robin McAuley, the stars align to create a new studio record with these vocalists plus long-time Temple of Rock singer Doogie White and musical support to develop a solid testament to the power of melodic hard rock and heavy metal.

The key for Michael Schenker’s long-lasting appeal lies in where the focus remains – his commitment to strong songwriting first, and organically developing fiery highlights out of that framework. Because of the differences in range and personality, he can often have multiple members tackle verses and chorus work back and forth – as the epic, marching feel of “Warrior” exemplifies to make it an early front half favorite. The natural organ strains from guitarist/keyboardist Steve Mann go down smooth for “Take Me to the Church”, as Michael takes his time carefully placing the lead break in the proper context. Most ardent fans will enjoy picking out the different vocalists track to track – Graham Bonnet’s distinct bellow making “Night Moods” a favorite in a classic Deep Purple-ish way, while Doogie White shines on “Anchors Away” – the chorus a sure fire sing-a-long moment should the band choose to add this one to their live set. The final song “The Last Supper” showcases all four vocalists, another solid melodic hard rock track featuring brilliant background vocal harmonies and trade offs verse to verse, the music pure in its mid-tempo resplendence.

It’s not easy to assemble various musicians and synthesize the parts into a cohesive final product (Kirk Hammett doing a solo for “Heart and Soul” in a Hawaiian studio for instance), but Resurrection is probably one of Michael’s best studio efforts since his work with UFO on the 1995 comeback Walk on Water. Let the flying V reign again… 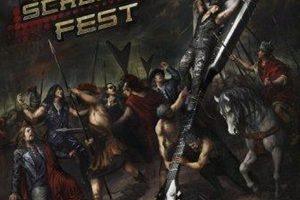