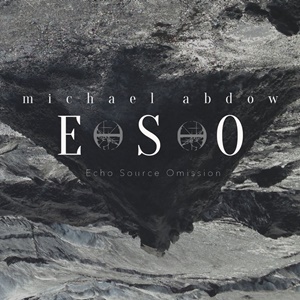 Those who have been keeping tabs on the live front for Fates Warning are probably more than aware that guitarist Michael Abdow has been filling that second axe slot since 2013 on the road. He’s also developed two previous instrumental-oriented solo albums, Native Alien in 2010 and Life Symbolic in 2013. After a busy few years with Fates work (including a guest solo on their critically acclaimed latest Theories of Flight effort), the third solo outing E.S.O. hits the streets. While not necessarily metal leaning, Echo Source Omission will be quite a feast for the musician-oriented followers of stunning guitar play, and may intrigue a few others on the cusp due to its atmospheric, jazz, and progressive rock leanings.

The songs can vary dramatically in length, dependent of course on the ideas that need to be expressed and the colors/shapes that Michael chooses to flesh out – layering guitars, keyboards, bass, and drums in such a way that you can often feel like you are taking in three or four nuances in the same cut. At 13:19 the opening “Apple in the Sky” can be propulsive in its guitar shredding one moment, then very quiet, methodical and groovy the next – the echoing keyboards providing that 80’s soundtrack ambiance while the rhythms and aural context swirl into a jazzy, Allan Holdsworth galaxy. Drawing out notes makes “Black Reach” another intriguing, quicker (under three-minute) composition- Michael blending the electric and acoustic action seamlessly as drummer Mike Lamagna lays down jazz/progressive rock fills while still maintaining a cohesive groove to the proceedings. Vestiges of Steve Howe/Steve Hackett come about during “Solheim”, the acoustic plucking and calm electric clean parts building in serenity while the keyboard programming provides that hypnotic/melodic factor. Michael doesn’t aimlessly construct material – he plays with purpose and emotion, letting the parts breathe, build, expand, and quietly move onto the next. That’s why a funkier meets progressive rock “Children of Greater Men” can stand out for ten minutes, then a piano fueled “Sally” or bluesy “Facing East” can close the back half as shorter pieces for diversity.

Those desiring an explorative album that opens minds, connects hearts, and feeds the needs of atmospheric jazz/progressive rock, E.S.O. checks off all those boxes and more. 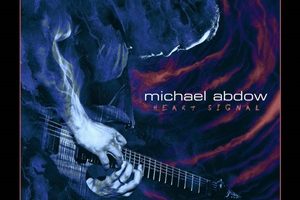