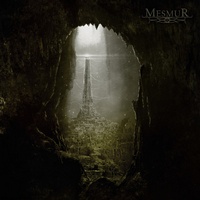 Funeral doom, in its ever-limited scope, has no issue in producing new bands. So aside from the top-tier acts (Ahab, Esoteric, Mournful Congregation, etc.), there’s a rash of sub-bands who at least abide by the proper doom rules. One such act is North Carolina’s Mesmur, who benefit largely from their non-appearance in promotional pictures, as well as a minimal social media presence, as in, their Facebook page hasn’t hit 200 likes. Granted, it’s possible the fine gents that comprise of Mesmur would probably like to see that number go up a bit, but, since when was accumulating pointless “likes” on Facebook in line with funeral doom’s principles? Never.

Promptly trotting out those slow, lumbering, slobbering lurch-riffs with plenty of tonality and desolation, Mesmur usually accompanies such displays of force with some form of a winding guitar line or another. In this layer-over-layer approach, the band is able to provoke the sort of lulling, mesmeric feel necessary for such a restrictive style. And as expected, the songs (five in all), are prolonged excursions into the void…or the depths. Either one works. And as the throbbing riffs start churning on “Descend,” Mesmur’s approach feels all the more validated. They’re not copyists per se, just rounding up the finer elements of the deadliest of doom.

Given these dudes are American, perhaps it will allow for some open-eared excursions from the funeral doom panel, being that the style’s main acts are of the Scandinavian and/or British variety. But as it stands with Mesmur, this self-titled debut has bulky legs to stand on, having rolled through five songs with little missteps and clunks, resulting in an approachable, yet ragged listen to the path of oblivion. The slow path to oblivion, that is.