Mental Cruelty – A Hill to Die Upon (Unique Leader) 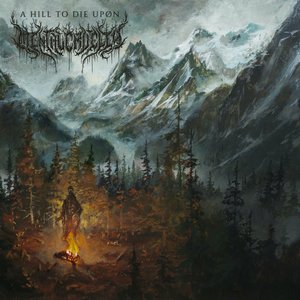 To be blunt, Mental Cruelty’s last album, Inferis, was not a very good one. It stunk of generic deathcore and was happy to trot around in clichés, from breakdowns to vocals to stale riffing. While it didn’t do much wrong, it felt very plain and ‘flavor of the month’ as an album. A Hill to Die Upon largely corrects these problems and gives Mental Cruelty a much stronger impression and impact.

The base of the band’s sound is still very much rooted in deathcore. You will hear massive breakdowns, crawling riffs, and the vocal diversity that one has come to expect from this particular branch of metal. However, there’s a few glaring improvements that shift the band into more interesting territory and diversity the playing field. The big one is the black metal influences. In addition to the synths that the band is using, which do work in their favor to generate a more cinematic feeling this time, there’s some genuine blackened vibes that the band pulls in that create this dark and more melodic tone to the tracks. An urgent sense of melody infiltrates the title track, from the battering blastbeats to the underlying guitarwork that buzzes underneath. Lead-off single “Ultima Hypocrita” benefits from this majestic feeling as well – the merging of the synths and blackened melodies gives them something more to chew on than simply relying on bruising death metal riffs and tossing in a breakdown here or there. The track has a very epic sense to it that really captures the attention, so that when the lumbering riffs come it gives the song a shift in tone that really works.

Quite the dramatic improvement for the better, A Hill to Die Upon gives Mental Cruelty some serious wings to soar on. The use of melody and atmosphere elevate the band’s more visceral side and allow for a more dynamic offering that feels more unique in tone. 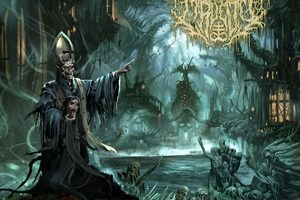