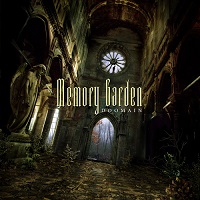 What’s next, Metal Blade bringing back Goo Goo Dolls? (Considering the totally lame corporate rockers once sued the label, that’s not going to happen.) The recent spate of good will doled out by Brian Slagel and team translates directly to the label’s unparalleled success the last decade, and it’s allowing them to bring back some of the lesser know bands that used to populate their roster. This includes Sweden’s Memory Garden, whose late 90’s run with MB was met with little fanfare. Here’s for second chances with Doomain…

A rare power/doom hybrid, Memory Garden’s sound doesn’t visit the dank dungeons of Candlemass, nor does it ride with the dragons ala European power metal. It’s right smack-dab in the middle, which as usual, poses a conundrum for all parties involved. Yet, there’s some songs here that have no problem getting their hooks in you, such as opener “The Evangelist” and soaring “Latent Lunacy,” which gives singer Stefan Berglund ample breathing room to belt out a big-time chorus.

“Daughters of the Sea” is the type of sprawling, largely intelligent construct that Momento Mori were so fond of, while “Barren Lands” becomes one of those festival-ready numbers, where upon Berglund gets some time to himself to shine. Yet it’s the bravado on “Violate and Create” that is the true winner here, bolstered with a stomping main riff and magnificent harmonies in the chorus.

Aim this one directly as the Euro metal denizens and see what happens…it’s probably going to click more than the band’s previous output did. Doomain might be a really dumb (and partially misleading) name for an album, but Memory Garden have done what any heady Swedish metal band does: they delivered. 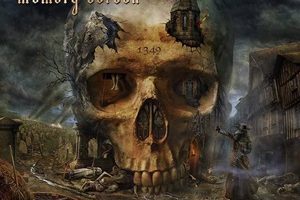