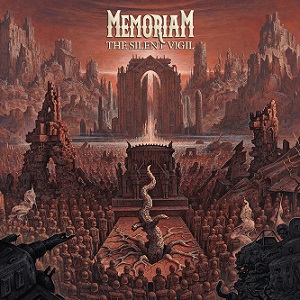 Word is that Memoriam is going to be turning them out quick, upholding the old-school truisms that ultimately define the band. Last year’s For the Fallen was a surprise breakout for the Brits and even today, it still feels like the ink isn’t dry on the thing. But here comes current and former members of Benediction and Bolt Thrower with their take on the vintage death metal sound, which on The Silent Vigil is just a few notches above demo quality, really.

Vocalist Karl Willetts, he of Bolt Thrower fame, automatically gives Memoriam some persuasion. While he’ll always be better suited barking over bulldozer riffs, in Memoriam, he takes the same approach, although his sometimes staccato cadence on opener “Soulless Parasite” and “From the Flames” leave the songs with something to be desired. Since the production values on this thing are lagging, Memoriam often struggles to make an impact, resulting in clunky, half-baked tunes, in particular, the title track, which is an odd early Paradise Lost-meets-Bolt Thrower mash-up that doesn’t translate. Now, the band will surely vouch for the idea that it’s supposed to sound this way, but in 2018, there’s no excuse for having such a wobbly production.

In some respects, The Silent Vigil sounds like Memoriam recorded it in their garage, took a trip around the block, dropped it in the post and waited for the album to make the rounds. That’s how thin and dry the thing sounds. But, you know, the goodwill remains, as do the songs and the ideas. Perhaps Memoriam should revisit that “album every year idea” and really think about the end product over expedience. 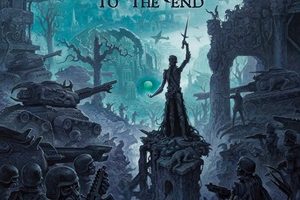 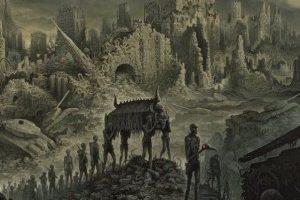