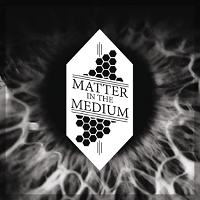 A London, Ontario outfit who has been buggering around the neo-prog scene for seven years now, Matter in the Medium serve as a reminder that if you’re not holding onto to the djent caboose for dear life, then chances are, you’re not going to get as much love as you should. Labels, as we’ve come to learn, have no issue with padding their respective rosters with bands who have blown out the chugga Meshuggah back end, yet for a band like Matter in the Medium, who while progressive and suitably modern, they’re somewhat lost in the margins.

Straddling more of Between the Buried and Me barrier than Tesseract and friends, Matter in the Medium’s oftentimes brute, but graceful approach rolls out a flurry of multi-faceted riffs and arrangements via jumbled cuts like “Stasis” and “Hyperacuity,” a song that features a nice little sound clip from Back to the Future. (Hopefully the band secured the proper rights – those Hollywood big-wigs can be a real pain.) Matter in the Medium are at their best during the slinky grooves found on “Dissolve,” a song that thrusts the considerable guitar skills of Ian Van Oosterhout to the fore.

Thankfully, there’s a dearth of mindless atmospheric passages and clean vocal excursions, two avenues that now bring down bands similar to that of Matter in the Medium. So with that in mind, the band’s self-titled effort has more in the heaviness department than meets the eye, with the Canadians able to lock into sanguine 4/4 action without letting up on the technical side. Above all else, Matter in the Medium is a real sleeper band, hiding in the weeds of modern progressive metal.