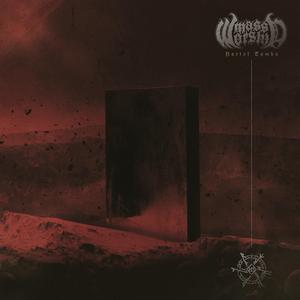 Bleak, desolate, abrasive, and oddly enticing.  Such are the descriptors that come with an album like Portal Tombs.  A few years after their self-titled debut, Swedish act Mass Worship have returned into ‘hard to describe’ waters, when trying to label with genres anyways.  But that’s always a positive thing, and metal fans are sure to be impressed with what they have to offer with Portal Tombs.

The merger of different genres is such that you could list a myriad of different bands as influences and wonder how it was going to work.  Acts from Mastodon to Ulcerate to At the Gates to Meshuggah and even Breach could claim some space in the influence section, but smartly, you will never hear truly any “oh that’s a _______ type riff/melody.”  It’s a great merger of a number of extreme sounds and it does the band well to find a way to twist them into something more of their own liking.  Take single “Orcus Mouth” for instance.  There’s some off-kilter syncopated yet dissonant riffs going on that will give you a jarring, but it is as if they went through some sort of darkened hardcore blender at the same time.  Add in some esoteric melodies at the right times, and it makes for an even more otherworldly experience as a song.  The tracks weave through different takes on this sort of blending, going from the more gloomy (“Deliverance”) to the more energetic, bursting at the seams type (see “Revel in Fear”), but melody stays a constant factor in some way, shape, or form.  It comes in the form of some groovy, thundering riffs like in the title track, or it can be dreary like towards the end of “Dunes of Bone.”  But nonetheless, it will aid you through the harsh sounds the band provides.

It feels like Mass Worship are just on the cusp of true greatness with Portal Tombs.  It’s a punishing yet memorable affair that will bring you in with it’s varied flavors and bring you back for another haunting experience.  If they continue to build upon this formula, be ready for some even greater (and justifiable) hype in the near future.