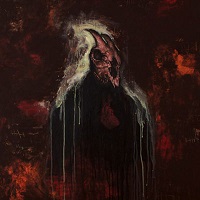 At this particular juncture, a sludge duo doesn’t sound very enticing. Blistering doesn’t need to use his third (and quite precious) brain cell to figure out how it will sound, probably because our eardrums become anathema to various styles after a while. And it’s not even a matter of personal preference – the style has simply hit the proverbial wall thanks to oversaturation and labels’ being all too willing to open up their checkbooks to sign the next great sludge hope, which in turn, usually sounds like the last failed sludge hope. Checks… do people even write those anymore?

Canada’s Mares of Thrace have the bonus of being a female duo comprised of Thérèse Lanz and Stefani MacKichan, which means they’ll at least get more attention than the heavily-bearded dude wearing a $10 Wal-Mart flannel. The Pilgrimage happens to be the duo’s second album, following up 2010’s warmly-received The Moulting, and like fellow like-minded (and sounding) sludge bands, there’s an apropos amount of molten guitars and feedback-drenched moments of fuzz. Yet, amidst the sonic battering, there’s some quality riffs here worth rocking to.

Lanz knows her way around brazen chords and murky riffs, and it’s evident right off the bat on the excellent “Act 1: David Glimpses Bathsheba.” Here, Lanz takes a multi-pronged riff and contorts it every which way, resulting in a frazzled sludge construct. “The Gallwasp” fares even better, with a deafening lead riff that makes one want to stomp around the house

while wearing winter boots. Additional chord melding on “Act 2: Bathsheba Responds to David” and hazy “The Three-Legged Courtesan” provide ample twists and turns before climatic closer “…and the Bird Surgeon” goes from hushed to rumble, all in one fell swoop.

A rare step out of sludge mediocrity, The Pilgrimage has the sort of side-swiping air of confidence and restrain that most veteran bands don’t have. As such, Mares of Thrace kick several predispositions out of the way here, but regardless of gender, The Pilgrimage has plenty of thunder.