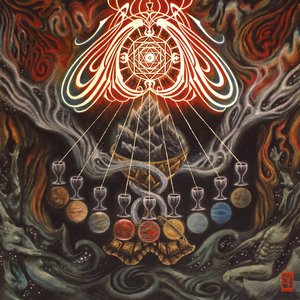 Given that the solar system is enormous it is only fitting that an album written and performed to represent it would be similarly enormous (…even if only enormous to scale). In a follow up to the split/collaborative Sol release from 2013, Mare Cognitum and Spectral Lore return to worship the local cosmos through astral black metal. Wanderers: Astrology of The Nine is a giant listen and is not to be taken lightly. In turn it offers an almost endless trove for an adventurous listener to draw from.

From the outside-in is likely the best way to consider this release from the outset, as it comes in at just under two hours across its ten songs. Eight of those are based on our current ‘accepted’ slate of planets, with the bands mostly evenly splitting duties. The collaborative giant that ends the album is a two-part, near 24 minute piece dedicated to our illustrious former planet Pluto (here with the title of The Gatekeeper).

Sonic signatures for each band remain intact across their respective tracks, with Mare Cognitum leaning into its frequently brisk and hyper-melodic black metal style while Spectral Lore is far more prone to indulge to exotic. That is not to downplay the blackened fervor of the Spectral Lore contributions in the least – instead it greatly highlights the distinct flavors each band brings to the table as there is a lot separating “Venus (The Priestess)” from “Saturn (The Rebel)” – execution, feel, progressions. Being more unfamiliar with the past work of Spectral Lore, their contributions here have often been the most surprising, latent with unexpected progressions and long-form psychedelia.

It would be a disservice to spend a lot of time breaking down the particulars in a track-by-track take on Wanderers. It is an expansive, frequently weird experience that works well to encapsulate the scope of its source material while also maintaining a fluid musical consistency. As all but the initial two songs run well beyond the ten minute mark, this is not a short trip or background music. Wanderers requires your attention unceasingly for its duration and it rewards in kind – I’ll still be uncovering new pieces to this months (or years) from now.

Wanderers: Astrology of The Nine is a showcase in the magic of what’s possible – with form, with practice, with effort. In these trying times, it’s awesome to see magic that tethers the terrestrial to the ether beyond. 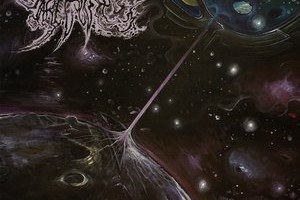 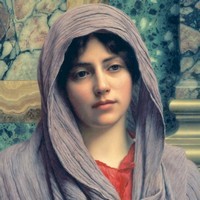