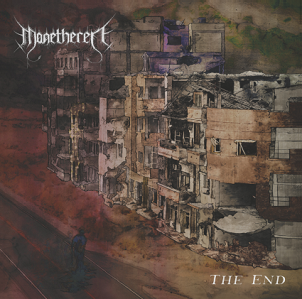 Last heard from via 2012’s Time, U.S. black metal outfit Manetheren have since jumped from French label Debemur Morti to Avantgarde Music, a move typically reserved for European bands. And that’s where the allure lies with the bi-continental band: Manetheren rolls out a rather choice and whirling set of European-sounding black metal on their fifth full-length, The End. A concept album about a human being travelling across the lands as the world begins to end, The End is worth the journey.

The approach here is that of a less bizarre take on Blut Aus Nord, combined with some of the recent plunges to the depths of post-black metal. Album opener (and best jam all the way) “The Sun That Bled” is the best example of this, as it layers dominant chords and spacious melodies, highlighted by a lovely soft/atmospheric interlude. “The Ritual” nearly does better, weaving in mournful chords to go with a flurry of hazy black metal riffing, while “When All Is Still, There Is Nothing” billows and attacks from all angles, as current Blut Aus Nord drummer Thorns (there’s the international connection for you) puts on his usual display of tasteful kit bashing.

Clearly the most impactful Manetheren album to date, The End is a veritable cataclysm of poignant melodies, subtle atmosphere, and grand-scale songwriting. It fits comfortably alongside the current push to take black metal out of the simplistic doldrums in order for it to firmly exist where it belongs: in near-cinematic, vibrant realms. On The End, Manetheren show they are poised for a global black metal breakout. 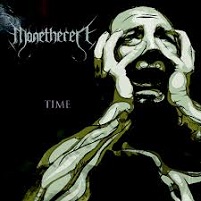