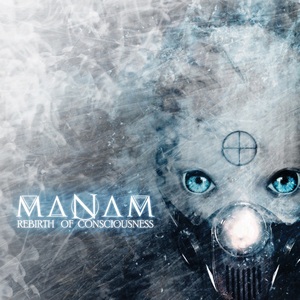 What happens when you cross old school Gothenburg-ian melodic death metal with some more modern metalcore elements? Something like Manam, one would imagine. The Italian band likes to keep things on both ends of the spectrum, which tends to work well overall. As their debut, Rebirth of Consciousness has some faults to work on, but serves as an welcome introduction.

The sound and riff structure of Manam joyfully calls back towards the Gothenburg sound (think more Dark Tranquillity than In Flames) while tossing in modern influences from bands like Trivium. While it might seem a strange concoction, it works well in execution. The modern edges of the band leave plenty of space for catchy riffs and some quant melodies. They can burst in with some blasting cuts too, with energetic flurries (see “Supernova”) escalating the songs to a near boil at times. A few tracks even see the band taking a more progressive route, such as “Revolution” and “Atman Denied” using some extended time frames to weave a more intricate web. If there are two minor gripes to be had, the more major of the two is the clean vocals. While they aren’t ‘bad’ per say, they just don’t seem to have the same intensity and strength as the growls, and end up leaving some of the choruses in a peculiar spot – especially in the album’s latter half. The other is the lack of variation. There’s the two ‘proggier’ tracks mentioned, but outside of those, once you’ve heard about half of the album, you know what to expect. It’s nothing too detrimental, but some increased variation in the future could do them well.

For Manam’s first effort, Rebirth of Consciousness is an enjoyable album. The noted shortcomings may keep it from greatness, but rare is the band that can enter the ring at full capacity already. Consider Manam as one to watch as they continue to perfect their sound.