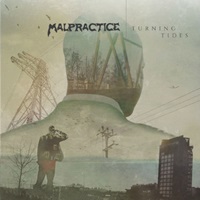 Patience has to be prevalent in this Finnish progressive metal act. Considering guitarists Markus Vanhala and Joonas Koto’s involvement in Omnium Gatherum (never mind Markus’ other work for Insomnium), it’s little wonder that 6 years passed since Malpractice’s third album Triangular in 2008, as that album struck my headspace soundly to the positive. Forming two decades ago in a thrash platform, it’s interesting how it appears that their origins have come full circle on the aptly titled Turning Tides, adding in the riff and energy nuance of early 90’s Megadeth into their melodic yet uplifting progressive metal comfort zone.

Reaching back into the memory banks for reference points at times, drummer Toni Paananen and bassist Jonas Mäki deliver a treasure trove of fluid rhythmic nuances in challenging time signature transitions, much like the best Dream Theater days of Awake or early Alder-era Fates Warning on highlights like the spacey/circular “Irony Tower” and more straightforward clean to heavier follow up “State Within a State”. The centerpiece of this concept album (about a well-educated man who can’t land a job so he loses sanity and goes deeper into frustration and depression, very relevant in today’s struggling US economy) is the 15 minute title cut: complex, mature, and featuring intricate guitar work alongside brilliant Aleksi Parviainen melodies and rich vocal harmonies, the lighter instrumental parts contrast beautifully next to the heavier, more cerebral sections.

Balancing out epics and short song arrangements has always been a struggle in the progressive metal community. Malpractice appear to possess the right outlook, as “Best Kept Secret” and the freakishly frantic instrumental “Symphony of Urban Discomfort” barely clip over 3 minutes, while the late 80’s Iron Maiden-like closer “Out” is the only other long number, clocking in at a reasonable 7:22. Most enjoyable to these ears is Malpractice’s ability to inject proper hooks so their progressive-ness doesn’t become so challenging as to limit their appeal.

Whereas Triangular seemed to feature a lot of drop on a dime, stop/start guitar and drum action; in contrast Turning Tides seems to be a rhythmic and vocal tour de force, the true sign of a great career for progressive metal as each album shows different facets of your overall makeup. The Progpower crowd already is in the know for Malpractice; what’s your excuse for not joining in this exemplary discography? 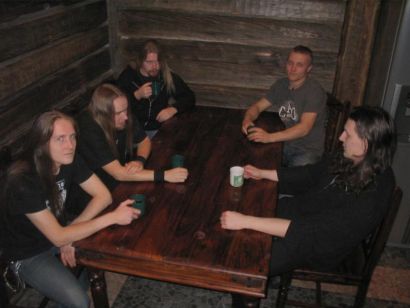