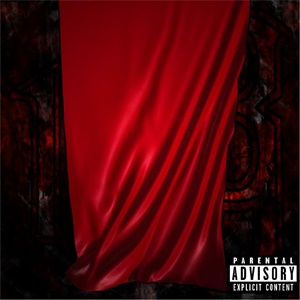 Channeling confusing or potentially destructive emotions can be healthy in a metal context – cleansing the mental palate so to speak. UK act Malicious Inc. have chosen to do so through this debut five song EP Red Flag – as the record lyrically tackles subject matter from self-worth, rape, abuse, honesty, loyalty and even suicide/depression. The five-piece straddle influences from the groove and nu-metal community, a time period where the scene started getting more aggressive vocally and musically, but also injected some rhythmic/staccato action to keep audiences pounding, swinging, and slamming.

It’s evident that drummer Luke Hill knows how to set the tone through solid mechanics and supplementary exciting fills and double kick proclivities – check out “Master & Mutt” plus the slower title track for all angles that can be Devildriver meets Hed P.E. driven one moment, or Machine Head meets Deftones the next. Guitarists Kyle Zehtabi and Morgan Weeds set the table through strong rhythms with proper low-tuned accents or small earworms that gets heads bobbing – “L.A.C.F.T.T.W.” a surefire winner in that Lamb of God meets Slipknot atmosphere, the speedier jackhammer instrumental transition a probable wall of death favorite maneuver. Although most of these songs whirl by in two to three-minutes, the closer “Wintered Trees” at six minutes and change allows Malicious Inc. to expand their horizons – the calmer, dotted note introduction setting the stage for whispered, distant vocals from Kyle Mortiss that give way to evil screams and caustic pain, the heavier electric supplementation channeling that seesaw mental battle between the darkness and light, Morgan choosing a very bluesy lead break that is equally emotive and thoughtful. Already developing diversity out of the gate, this could set the stage for a promising career.

Still waiting to shed the cocoon of major influences, Red Flag puts Malicious Inc. on a promising track as their groove/nu-metal style doesn’t have that ‘bandwagon hopping’ feel that would have been there two decades ago.