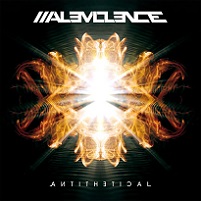 The absolutely crucial reference zone otherwise known as Metal Archives.com lists seven bands with the name “Malevolence.” It’s not necessarily a sticking point when discussing the Portuguese version, but it does cast a big ‘ole spotlight on the shortcomings of metal’s naming conventions. You’d think at some point at least one of these bands would get a copyright lawyer to get such manners sorted, but when you’re from Portugal and beset with all sorts of disadvantages, such things are probably quite far from one’s mind.

Anyway, this quartet has been kicking around since 1994, with their first offering going under the dubious name of Pleasure of Molestation. Would-be title for an all-star sex offender jam aside (how awful would that be?), the band’s gradual progression from raw and ragged death metal, to virile melodic death metal, to cagey hybrid they are today is one worth taking note of. Antithetical (their third full-length overall) puts its flag in the ground in a variety of places, although brash death/thrash seems to be the band’s preferred method of route, as the flammable sprawl of “Cult of the Everlasting,” “Devoured Unlimited,” and album highlight “Equilibrium in Extremis” each catch on via disharmonic riffs, wide-angled arrangements, and even a shout-along chorus via “Equilibrium in Extremis.”

The wide net Malevolence casts on Antithetical might not do much for giving the band a proper classification (something a lot of us nitpicky journo’s feel the need to do), yet there’s a commendable rattle and roll to the album’s seven cuts. It might have to do with their relative geographical isolation, or, that after nearly 20 years, the need to be an “anything goes” band sounds more appealing than trying to keep up with the young bucks. 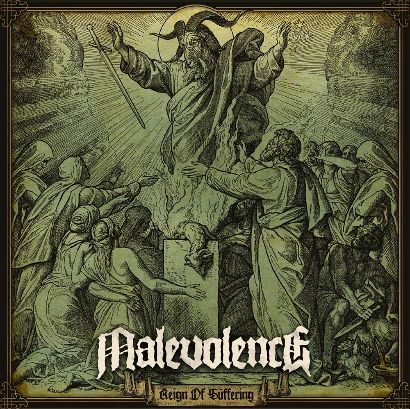