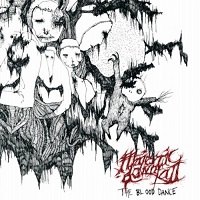 /projects of the singular, one-man variety typical don’t sound as polished as Majestic Downfall. Methinks not a lot of them are coming from the metal netherworld of Mexico either, all the more reason to delve into the intoxicating melodic doom heard on the band’s second album, The Blood Dance.

Helmed by Jacobo Córdova (who handles everything except drums), Majestic Downfall’s doom sound leans heavily on the early works of Katatonia, Morgion, and for a total left-field choice, Amon Amarth before they went full-on Viking. In fact, a lot of the riff choices Córdova employs run parallel to what the Swedes were doing around Once Sent From Golden Hall, except for in a more doom-like context, if you catch our drift.

Nevertheless, there’s quite a few of choice moments heard on the album’s seven tracks. The mournful melody spew of “From Black to Dead” is an instant highlight, with hardened guitar

lines striking the same nerve of Daylight Dies. The hushed acoustics on “Majestic Embrace” become emboldened once Cordova strikes with more melodies (recognize a theme?), while the sway and shimmer of both “An Untravelled Road” and “Cronos” are emblematic of how effective Córdova’s songwriting skills are – the man truly has a firm grasp on the melodic doom style.

Right off the bat, The Blood Dance emerges as one of the new year’s early finds. It’s a release that should easily find a nice, cozy home

in the annals of sorrowful metal, further accentuated by the fact that it’s just one guy doing it, and it’s one guy doing it while sounding awfully professional. Totally recommended.