Part of the revolving door of vocalists that has yet to derail Swedish death/doom kings October Tide, Tobias Netzell has landed in Majalis, an outfit of similar approach. Netzell, who appeared on October Tide’s marvelous 2010 A Thin Shell album, is joined by In Mourning guitarist Bjorn Pettersson, instantly giving the band credence in this valued realm. Their Cathodic Black debut EP comprises of three songs, all long, a bit doom-ish, probably teetering a bit far on the Swallow the Sun area of governance, yet with plenty of gravitas.

As is the case with groups playing songs that stretch past the five or six-minute mark, there has to be a central riff, or riffs to do the binding. Majalis don’t have the flair or adventurous nature that lies in October Tide (you can thank Fred Normman for that), so the humming melody lines on “Rusting Sun” are plugged together as in to create the flow, a necessary component of anything bearing the “post” tag. Netzell isn’t the force here as he was in October Tide; he does his thing for a few lines, then gets out of the way, so the atmosphere and dark sprawl of both “Altar” and “Tooth and Bone” are savory; a bit like how the above-mentioned Swallow the Sun got down around The Mourning Never Came or Ghosts of Loss.

Designed as a primer for a full-length, Cathodic Black covers enough ground for punters to get a taste of what Majalis can do. It’s nothing new, naturally, but when there’s the appropriate levels of darkness and melody, it’s a reason to look forward to more. 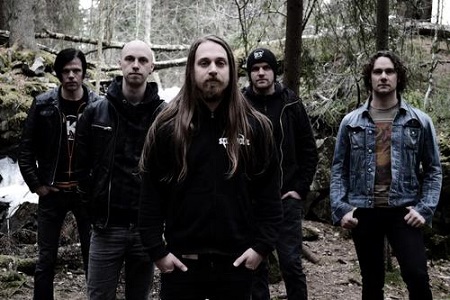