Maelstrom – Of Gods and Men (Self-Released) 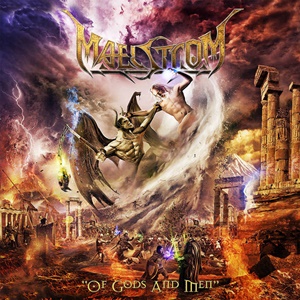 Avid underground metal maniacs remember this New York act during their first go around – their demos from 1989-91 a staple on the tape trading/fanzine circuit. Maelstrom is a power metal act with thrash and progressive elements – returning to the scene briefly in 2008 with an EP, and finally issuing their first full-length for Of Gods and Men. Creating a three-part epic spread out over ten songs and over seventy minutes of material to absorb – the band leave no stone unturned in creating this expansive, almost soundtrack/cinematic scope to their progressive brand of thunderous power/thrash.

The songs can go from crushing/marching riffs to emotional, majestic efforts that contain neoclassical and groove-oriented hooks – as vocalist Gary Vosganian layers his melodies with an extra dramatic flair from lower to mid-range roars plus the occasional high scream for good measure. Guitarist/bassist Joe Lodes has an impressive arsenal of acoustic, electric, and fluid bass tricks that give these songs added girth and intricacies that provide intense headphone dissection – check out his work throughout “Army From Ash” and the multitude of Coroner meets Shrapnel licks and tricks throughout the explosive “The Mirror Calls”. During part II “Of Sacrifice, Saviours and Sanctity”, Gary employs a bit of an outer galaxy clean voice for some of the verses within “Th13teen Within a Circle”, the instrumental section using a bit of Amorphis-like circular guitar motions against a fluid progressive drum underpinning, alluring and captivating the listener once again for multiple levels of musical engagement. By the time the record hits its conclusion for a 13-minute plus “SonRise” that includes a keyboard-laden orchestration intro, serene acoustic guitars, and a solid electric rhythm component against more see-saw clean choir vocals against gruff nuances, the speedier twists delightful for those into Iced Earth/Blind Guardian meets semi-technical thrash riffs.

There’s plenty to consume from the pageantry and delivery to the storyline and execution for Of Gods and Men. It’s great to see Maelstrom back on the scene, and properly gaining acclaim for their work now in a period of metal where open-minded people can appreciate the excellence delivered beyond the time-consuming work behind this. Let’s hope this isn’t the last we hear from Maelstrom. 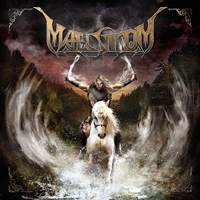