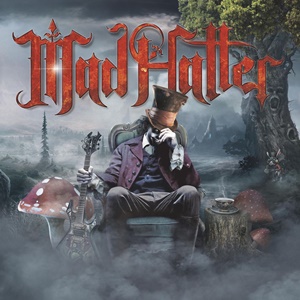 Consisting of the duo Alfred Fridhagen and Petter Hjerpe who play together in Morning Dwell, Mad Hatter is a new band that started in 2017 aiming to develop a heavy/power metal mix for this debut self-titled record. Given the history of the genre, wonder always sets in as to whether the current crop of records can hold a candle to some of the established predecessors – especially when benchmarks from Helloween with the Keepers saga or Glory to the Brave of Hammerfall still hold up well decades later.

Expanding to a quartet for more of a live presence, these Swedes embrace all facets of creativity. Exploring the depths of tension and set ups right out of the gate on the 8:47 “Mad Hatter Shine”, between bubbling / hot water effects, keyboard strains, broken glass, and crying all occur within the first minute. You get the sense that nothing appears off limits, the guitar/keyboard lines classic European power to a tee, possessing that Teutonic finesse against Stratovarius charm even as the simplified guitar harmonies and steady double bass rattle through the concluding moments. Petter certainly has the pipes to hit those eagle bird calls (check out “Dancing Light” for falsetto proof), carefully crafting many memorable melodies due to his proper training and phrasing abilities. When the duo chooses to go all guns blazing as far as machine gun drums and equally vicious rhythms for “Fly Away”, it reminds the listener of Firewind or Gamma Ray, the shredding lead break and subsequent marching instrumental transition a call to arms album moment.

At times predictable as far as the harmony moments within “Phantom Riders” (complete with horse neighing), Mad Hatter lose momentum in the second half as certain songs just align in that too familiar terrain with riffs and hooks that have been done far better by the established leaders of the genre- “Face the Truth” making early Edguy/Helloween proud. In the end, the band compose and perform admirable European-oriented power metal that many will flock to, while others hope for something a bit more original on the next go around. 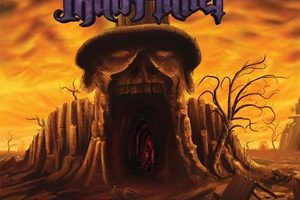