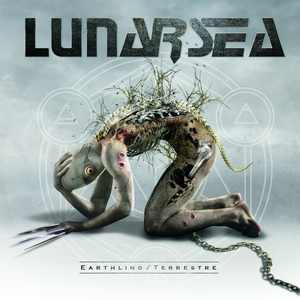 Having been around for most of the current decade, Italian act Lunarsea has been waving the flag for melodic death metal for a while. Earthing/Terrestre is their fourth full-length to date, but the first album that they’ve released since 2013’s Hundred Light Years. Rest assured, Lunarsea have lost no talent when it comes to high quality melodic death metal, with a sound that should be on the radar of a larger metal audience.

While there’s not much deviation from what works best in the melodic death metal formula, Lunarsea have it down pat completely. Leaning into the more modern side of the genre, listeners can expect a combination of clean and harsh vocals (though admittedly, these are done more in an Insomnium/Omnium Gatherum-esque way, than say In Flames/Soilwork), interwoven melodies from the guitars and synths, and top shelf guitar solos. It’s a direct set-up, but one only has to listen to the opening track, “Light-Hearted in an Ergonomic Resin” to see how much of a masterful job that the band can do with these components. Starting with a somewhat floaty and ethereal opening and melody, they gradually move into a more aggressive direction, complete with triumphant riffs and screams, before diving into a melodic chorus. A larger than life type of feeling often accompanies the tracks as well, due to the synth usage, along with the more upbeat feeling of the melodies – something that “Aqueducts” and “Polar Covalent Bond” do a good job of conveying.

For those who cannot get enough melodic death in their life, such as this scribe, Lunarsea hits all of the sweet spots. Melodeath is best when it’s more guitar than vocal-driven, and Earthling/Terrestre is never at a loss for enjoyable moments. Just the right amount of catchiness without falling into the more modern way of dabbling into more commercially-focused waters.