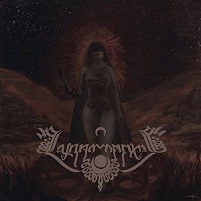 A cloak and dagger’ed bunch from Scotland, Lunar Mantra originally released Genesis as an unsigned act before Invictus stepped in and gave the thing a proper release. And for good reason: This is yet another cave-dwelling, unyielding mix of black and death metal, they kind that can elude proper description, but knocks ’em off properly because the strafing execution. It boils down to the abyss, or wind-tunnel, or any other climate-changing action you’d like. Regardless, these mystical lads are onto something with this four-song showing.

Atmosphere, as expected, takes the lead throughout each cut. The guitars are pushed slightly down in the mix, thus hushing what would be initially, some very wide strokes and movements. Therefore, the chaotic arching that rattles through “Stellar Catacombs” is not to be taken lightly, as constant drum peddles and from-the-depths vocal invocations keep this song right where it belongs: From down below. But really, it’s the density of the thing that sparkles, if you will. The hypnotic whirl that eats up “Wealth Has Become the Shrine of Azazel” serves as the EP’s high-water mark, emerging as the thunderous, boisterous cousin to other subterranean BM bands spread across the globe.

With just enough to draw from, Genesis brims with promise and allure. Lunar Mantra may soon be the next hot-to-trot mysterious BM band, which is totally suitable. We need more of ’em, especially with this kind of quality and persuasion.