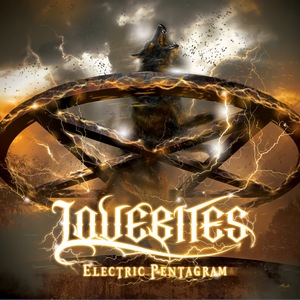 Lovebites returns for their third slice of frenetic neo-classical power metal with Electric Pentagram. The Japanese 5-piece is notable for their decidedly energetic take on the genre, with sometimes borders on relentless in their driving attack, and Electric Pentagram is no exception to this. Unfortunately, this is another album that needs a good dose of editing.

The overwhelming problem of Electric Pentagram is just that it is far too long. Over 70-minutes of material is here, with each of the 12 songs present being at least 5-minutes in length. Obviously, there are some bands that can make it work, but Lovebites is not one of them. The main reason here is that there’s too much homogeny in the band’s repertoire. That’s not to take away from their absolutely breathtaking musicianship – listening to a song or two (go ahead and simply pick any as they all stick to the same standard) is bound to jazz you up and get you playing some air guitar to the frantic guitar solos and stellar melodies. The speed is completely addicting as well – there’s so much energy that it’s really hard to say anything remotely negative about their particular brand of power metal. But, when you sit down for over an hour, it really starts to blur together. All of that high-speed energy starts to decompose as you begin to notice that it doesn’t ever really deviate from the same patterns (much akin to some early Dragonforce releases).

The frustrating part is that with a smaller window of time and scrapping maybe 3-4 songs, Electric Pentagram would be entirely crushing and triumphant. All aspects of the music are rousing and impressive, and they can play circles around many a band in the power metal quadrant. But perhaps just a bit of restraint would do the band well. This scribe’s advice – listen to a few songs and walk away thoroughly impressed, rather than attempt to listen beginning to end. There’s just too much to digest in a single sitting. 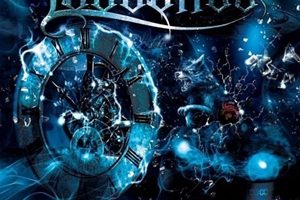