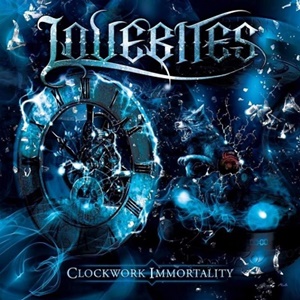 Sometimes imagery and looks doesn’t tell the full story to the musical style one would expect. Case in point: Lovebites from Japan. If you were to judge this five-piece act based on band photos, these ladies prefer an angelic stance, white being the preferred color of choice. Yet taking in copious playbacks of their music, and you’ll quickly discover an abundant and clear focus on heavy/power metal – overflowing with the ideology and musicianship necessary to win over most newcomers and allay the fears of doubters. Considering the band has issued two EP’s and now this second full-length Clockwork Immortality since starting in 2016, it’s evident that there’s no shortage of ideas and quickly pumping them out to the public at large.

The guitar and keyboard action between Midori and Miyako (the latter performing double duty in the g/k department) fires up the power, air syncopation antics within all of us – Helloween, Stratovarius, and their offshoots would be proud with the energetic interplay at medium to revved up speeds for “Addicted” and “Rising”. Adept at also taking things down to a heavy metal style with some Priest-like flash and dash during “Mastermind 01”, you feel the tremendous double kick/ rapid fire fill work of Haruna against her steady drum groove, allowing the twin guitars to glide in and out through some swift arpeggio runs and added tapping heroics. Incessant headbanging appears to be the name of the game for Lovebites – occasionally reaching thrash-like proportions within “M.D.O.”, but then quickly shifting gears during a second half highlight “The Final Collision” which contains cleaner, outer galaxy-like atmosphere passages against the keyboard and orchestration maneuvers. When it comes to the voice of Asami, she certainly lives in an upper register with a decent grasp of the English language – it adequately matches the metal intensity of the music as “Pledge of the Saviour” and “We the United” show her keeping up with all the harmonies and speedy musicianship effortlessly.

The Far East has always loved their neo-classical power metal music – and Lovebites represents one of the strongest bands from Japan that could seriously make a solid dent into international success based on their output. Clockwork Immortality brings the best of Visions era Stratovarius, classic Keepers-Helloween records, and the magnificence of early Angra to mind, hopefully attracting even more power/heavy metal followers to the fold. 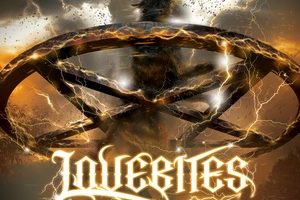