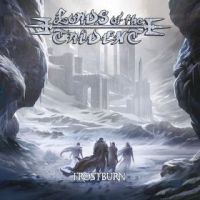 Madison, Wisconsin may be the last place you would expect to find “the most Metal band on Earth,” but that’s where Lords of the Trident call home. The epic fantasy power metal quintet’s sound carries a decidedly European power metal flavor, featuring heavy, crunchy guitar riffing, sharp, twin harmonizing leads, pummeling double bass drumming, prominent foundation-laying bass, clean, mid-range melodic vocals, that occasionally soar into the upper register, and swords and sorcery lyrics. Image-wise, the band makes you think Gloryhammer or Powerglove, with members adorned in capes, cloaks, hoods and body armor, but with names like Fang VonWrathenstein, Asian Metal, Killius Maximus, Pontifex Mortis, and Dr. Dante Vitus, might they be the long-lost, true metal distant cousins of those misfit aliens from outer space we’ve come to know and love as GWAR?

What I do know is that while the band clearly knows how to have a good time, when it comes to writing and recording, they’re all business. The 10 songs (9 if you don’t count the instrumental interlude “The Cloud Kingdom” that leads into closer “Shattered Skies”) that make up Frostburn, the band’s third full-length album, possess a smoothness and, dare I say, maturity that takes them beyond mere cheesy power metal mischief. At times there’s almost an AOR quality, such as the catchy “The Longest Journey,” which comes off as polished and very melodic, both in the lead and solo work as well as Fang’s vocals, especially when he sings “Do you believe the prophecy?” holding out the notes on “believe” and “prophecy,” followed by the “whoa-ohhh” chants in the chorus that are not only ideal for singing along in the live setting, but will ensure the song stays with you long after you’ve heard it. Another highly melodic cut, which also features some excellent harmonizing work in the solo, is “Haze of the Battlefield.” Sounding like something from Alex Kraft (ex-Onkel Tom) and his western-metal side project Dezperadoz in the intro, it begins with an acoustic guitar melody before the familiar distorted guitar crunch takes over and hammers out a start/stop riff.

For the most part, Lords of the Trident is content to inhabit the fantasy lands of knights and dragons. “Manly Witness” sounds like a cross between HammerFall and Firewind (think “Mercenary Man”) and “Light This City” is perfectly suited to serve as the soundtrack to Eddie Riggs crushing skulls and racing around in the Deuce in the Brutal Legend videogame, but the band also knows how to go for the throat, as it does on the attitude-filled “Kill to Die,” which immediately brings to mind Into Eternity, with pummeling double bass right off the bat from Vitus, frenetic knifing guitars, and Stu Block-like vocals from Fang. Also, be sure to check out the solo on “Shattered Skies,” as Killius and Asian Metal have saved their best for last. The production on Frostburn is exceptional, providing a sleek and polished product that sounds big (as power metal should) and bright. The fact that the record was funded through a Kickstarter campaign just makes it all the more impressive.

If you’re trve or kvlt, then Lords of the Trident is clearly not for you, but for those that don’t mind some cheese with their power metal, you would do well to seek out Frostburn. Yes, the band has its tongue firmly planted in cheek, but there’s just enough sophistication in the songwriting and more than enough talent in the playing to keep things interesting and listeners returning. So, don your cape, grab your sword and raise some hell! 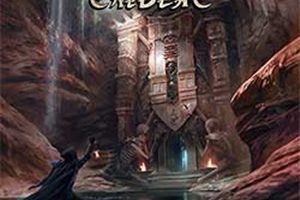