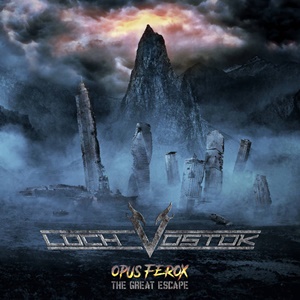 A steady force in the Swedish progressive metal scene, Loch Vostok has an impressive, versatile discography since their beginnings in the early 2000’s. Solid records like Reveal No Secrets from 2009 and the diverse, wide array of modern/extreme nuances for their last album Strife have been met with critical appeal and the hordes of followers desiring something different and memorable in the genre. The latest record Opus Ferox – The Great Escape showcases a major shift in clean vocals – guitarist Teddy Möller stepping down to handle only the growls, leaving Jonas Radehorn to fill that responsibility, as the band also gains a new bassist with Patrik Janson (The Murder of My Sweet).

Even with these changes, it’s evident throughout these ten songs in the main (CD buyers get an eleventh bonus track) that the broad musical strokes and sophistication in songwriting translate into another mind blowing, satisfying piece of work. The pulsating keyboard sequence against jagged guitar/bass movements that opens “The Freedom Paradox” immediately sucks the ears and brain into this amalgam of progressive modern metal, where aspects of Evergrey, Pyramaze, and Mercenary collide between melodic tasty passages and fierce, hammerhead parts, the clean/growl contrasts adding that next level of emotional, rhythmic magnificence. Niklas Kupper and Teddy as guitarists fill the landscape with a mixture of proficiency and tasteful, resplendent riffs and runs that captivate and motivate – as “Enter the Resistance” and “Seize the Night” illustrate, opening an aural kaleidoscope of uplifting and thoughtful moments yet still being progressive heavy metal. Cyber/djent procession between all instrumentalists seesaw into this tight, insightful interplay for “The Great Clusterfuck” (what a title!), and the cleaner, calmer aspects of Loch Vostok also shine in terms of the multi-octave, theatrical delivery of Jonas on “Save You” – his depth of tone and note holding abilities remindful of Zak Stevens (Savatage/ Circle II Circle) and a little bit of Messiah Marcolin while Teddy contributes deadly growls during the blast beat death/blackened sections.

Rare is the day that for an eighth studio album like Opus Ferox – The Great Escape do you feel that Loch Vostok still enjoys the creative and explorative nature of their songwriting and can synthesize all the diverse elements into a palatable, highly entertaining record. Those who love a modern take on progressive metal with some melodic death, thrash, and blackened twists should find this an ideal record to turn to for quite a while. 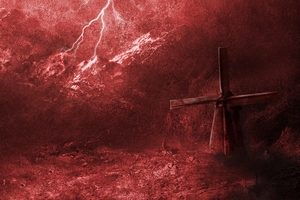 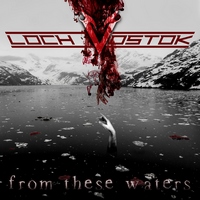