Light & Shade – The Essence of Everything (Scarlet Records) 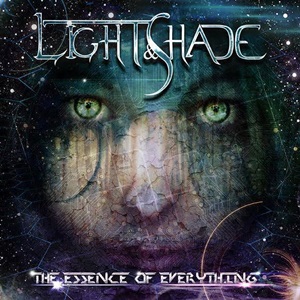 Discovery of musical talent and the desire to form new groups becomes easier as the internet and social media close the distance gap. International projects such as Light & Shade explore those duality nuances of their namesake – the players including current or ex-members of Luca Turilli’s Rhapsody, Secret Sphere, Temperance, and Seven Spires and coming from Germany, Italy, and the United States. And for those who want a little bit of a dynamic difference maker on all fronts in the power/progressive metal world, The Essence of Everything could be your game changer not only for this season, but for a lifetime.

Guitarist Marco Pastorino delivers intense riffing and dramatic melodic passages plus acoustic/clean elements that showcase a love of progressive rock and power metal – the versatility breathtaking right out of the gate for a darker, cinematic whirlwind such as “Drowned in the Absurdity” (think melodic death metal meets Savatage) while “Lionhearted” illustrates the softer, restrained nature with uplifting melodies and hooks. When the quartet choose to be a little more straightforward in an anthem template as with “Spirit of Anne” and the folk-tinged “You Are”, their attention to strong musical hooks and building them in tandem to catchy vocal melodies rivets, penetrating quickly into the recesses of brain matter – the latter very much could be a hit a la Nightwish, although Adrienne Cowan’s vocals contain some Sebastian Bach-like screams that separate Light & Shade from the pack. “Meet Me in Summer” contains piano/symphonic strains and Native American-oriented chants against shifting music principles, another cultural-oriented main riff ebbs and flows as bassist Luca Negro and drummer Alex Landenberg gain a chance to provide progressive flexibility in subtle transformative ways, a la Dream Theater or Angra.

The future star on display would be the trained, multi-octave vocal prowess of Adrienne. Already known to most in the New England metal scene for her work in Seven Spires, Light & Shade gives the listener three sides to her delivery – the death growls a la Alissa White-Gluz, the aforementioned Sebastian Bach-ish insanity screams, and an addictive clean nature that has passion, conviction, and years of solid experience behind her early twenty-something demeanor. Highlights of what she can do are numerous – “Brokenhearted” probably providing the best single song for the triad, but the power ballad “Welcome the Cold” her best execution of low to higher melodies, sending chills head to toe as the mood builds in intensity and magnitude. Producer Simone Mularoni (DGM) rounds out the sound, giving it a modern finesse necessary to capture the band’s varied, yet enticing approach to the genre.

Powerful music that runs from symphonic textures to folk/cultural strains, The Essence of Everything makes me think of the greatness of Dream Theater as well as the connectivity of Evergrey, taking the listener on a journey not soon forgotten.