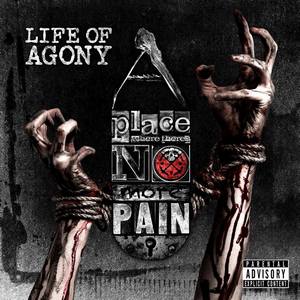 Life of Agony came through the gates hard with their unique debut River Runs Red back in 1993. Taking hardcore, sludge, and punk influences with knack for melodies – many have sung the album’s praises over the years, and despite some ups and downs ever since (the follow-up Ugly being a particularly underrated gem) the band continued to move forward despite a number of obstacles, including two splits, in their path.

A Place Where There’s No More Pain is the first new music from the band since 2005’s Broken Valley. There seems to be a concentrated effort to return back to the band’s roots in the ‘90s, but don’t mistake it for a nostalgic trip. Alt-metal hooks and massive grooves take the lead through much of the album’s runtime, and combine with some grunge influences (notably Alice in Chains and Stone Temple Pilots in the slow crusher that is “Dead Speak Kindly”) in a way that seems a natural progression from the band’s first two releases. Suitably crunchy and attacking in a straight-forward manner serves tracks like “World Gone Mad” and “Right This Wrong” well, with Mina Caputo’s vocals carrying a distinct urgency that gives them an added edge and passion. More slow burners like “A New Low” and “Walking Catastrophe” keep that older, sludgy vibe intact, with the latter having one of Joey Z’s finest melodic and tasteful leads. The album ends with on a less heavy approach than you might expect, with funeral-esque piano and Caputo’s vocals carrying the full weight of “Little Spots of You,” but it’s a fitting and resonating finale.

Heavy with just enough darkness, but full of melodies that are nothing if not cathartic, A Place Where There’s No More Pain is a welcome return from one of metal’s more under-rated crossover champs. There’s a maturity to the songwriting that allows them to call back to their beginnings while continuing to move forward, ushering in a broad variety of influences that should bring back the band’s seasoned fans as well as dip into both the current metal and rock crowds for plenty of new ones. Welcome back, Life of Agony…your emotive take on the genre has been missed. 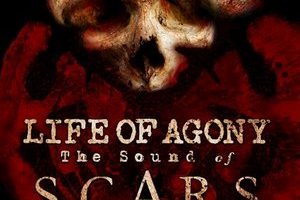