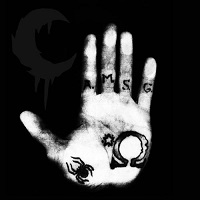 Leviathan mainman Wrest (aka Jef Whitehead) is in a heap of trouble, as claims of him sexually assaulting and beating his then-girlfriend earlier this year have the man awaiting trial, providing most of the impetus for his latest (and ill-titled) True Traitor, True Whore. Legal allegations notwithstanding, Leviathan has long been a pillar of the American black metal underground, highlighted by releases such as 2004’s Tentacles of Whorror and more recently, 2008’s Massive Conspiracy Against All Life. With True Traitor, True Whorethough, it appears a very-distracted Wrest doesn’t translate to a productive one.

Sounding even more mangled and disjointed than its predecessors, True Traitor… sort of has that queasy, hard-to-digest feel to it, lacking at least some of the balance heard on Leviathan’s previous outings. Apparently, Wrest wrote most of the album during a short burst of creativity, and while it does give the album a loose feel, a lot of these songs just meander off into boring and uninteresting terrain.

A Sanford Parker (Nachtmystium, Minsk, Unearthly Trance, etc.) production job does provide an instant spark to Wrest’s compositions. This is easily the most distinguishable sounding album from Leviathan, and it helps when trying to fight against the tug-and-pull of frazzled dynamics on “Her Circle and the Noose,” “Contrary Pulse,” and “Every Orifice Yawning Her Price.” Still, there’s nary an exacting moment of definition here; just slabs of poorly conjoined riffs, and Wrest’s subterranean black metal rasp.

Should Wrest be convicted, this could be the last we’ll be hearing from Leviathan in a long time, barring a Burzum-like spell of production. In what could have been Wrest’s moment of creative catharsis, True Traitor, True Whore is a mere shell of the band’s mandatory USBM glory years.