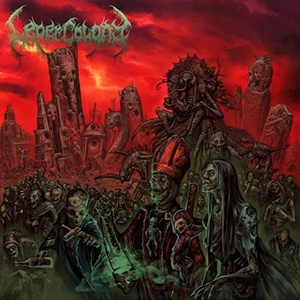 A collaboration between Marc Grewe (ex-Morgoth, Insidious Disease) and Rogga Johansson (Paganizer, Revolting) filled out by Consumption drummer Jon Skäre, Leper Colony go back to the old school death metal roots on their self-titled debut album. Unlike many newer acts who try to emulate the early days, these gentlemen possess the heads down credentials to deliver this material in a raw, pure fashion while putting a bit of a current production footprint in the mix. It’s all about the haunting riffs, raspy growls, and supportive bass/drum foundation to bring these ideas home – and that’s what these nine songs achieve.

Opener “The Human Paradox” sets the tone right, a veritable mid-tempo feast of crunchy chords in the Death/ Asphyx mold, Marc bellowing the words in a Chuck Schuldiner manner while the screams convey Tom Araya’s best work during the 80’s. Roller coaster tremolo picking next to a firm jackhammer main rhythm hook pushes “The Surgical Undeadvors” into a key highlight, the stop/start transition beyond the tight fills / main groove components sure to promote massive neck whipping antics. Rogga has a flair for adding in some early 80’s thrash action as well as quick hitting leads that make sense, “Tar and Feathers” outstanding in this regard, the lightning quick blast action another treat as the main tempo is rather subdued in its controlled nature. Never overstaying their welcome with the record clocking in at a more than adequate 33 minutes and change timestamp, it’s the minor details that will pull the listener back in for “A Flow So Greatly Macabre” into the thunderous “Gruesome End”. The title track has a going to war-type atmosphere, even with the quieter, clean musical intro – Marc carefully shapeshifting his anguish as a diverse, aural companion to the musical proceedings, a bit more melodic/traditional in the instrumental section, yet still 100% death.

It’s early in 2023, but there’s no better way to start off the year when it comes to the roots of the death movement than ingesting Leper Colony’s self-titled debut on a consistent basis. 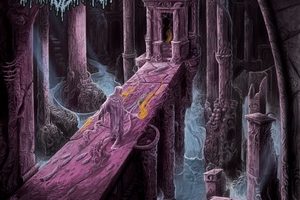 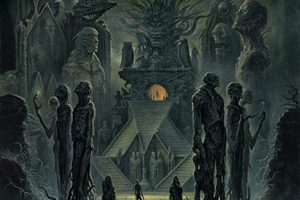