Leeched – To Dull the Blades of Your Abuse (Prosthetic) 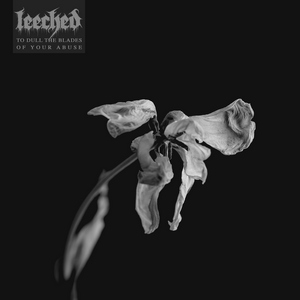 Two years ago, Leeched simply leapt into the fray of corrosive anger with You Took the Sun When You Left and caused some righteous carnage. For the band’s first full-length, there was a lot of identity to it and they seemed to know how to steer their caustic metal/hardcore into waters that were utterly destructive. To Dull the Blades of Your Abuse sees them really kick the doors wide open with an even heavier arsenal behind them.

If their debut was nothing less than heavy, their sophomore effort sits as disgustingly so. The guitar tone feels even more gritty and filthy, really allowing for a feeling of ooze to seep into the material when they slow things down for a bit (“Now it Ends”). “The Hound’s Jaw” sets the tone from the start with a heavier industrial edge with is an excellent pairing with the almost claustrophobic wall of sound that they employ. Rolling riffs act as vicious waves that continue to pound the listener – throughout “I, Flatline” it feels like an onslaught even at varied speeds, and the bit of industrial fuzz that’s added to it makes it feel more vile in tone (in the best way of course). Elements of grind infuse their way in as well, peppering tracks with some bursts of speed (“Burn with Me”) and immersing a more extreme twist on their formula. The only real point to catch your breath comes with the finale (“Black Sun Ceremony”) but it’s still so eerie and bleak that it’s hard to say that it really brings any sort of relief.

Unflinchingly brutal and just damn heavy, Leeched are fueled with rage from start to finish with To Dull the Blades of Your Abuse. It’ll take your breath away and leave you with an unsettling feeling, but it’s a perfect release to crank up loud and unleash some anger with. 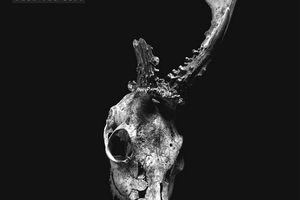 Leeched – You Took the Sun When You Left (Prosthetic)