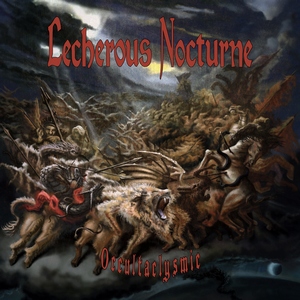 South Carolina’s Lecherous Nocturne is not a band for the faint of heart. They’ve built up a reputation over the years for their particular brand of unrelenting extreme metal that often teeters on the brink of musical chaos. They are also not ones to release things in a rapid fire fashion, as their last few releases have had a five year span between them.

The best way to sum up Lecherous Nocturne is to look towards more hyper-speed death metal bands (Krisiun, Hate Eternal) if they tossed in a little bit of black metal influence. For the most part, it’s full-on blast beats, tremolo riffing with a side of quasi-technical instrumentation, and some buzzsaw blackened influence. Each track feels like an absolute whirlwind, and one is bound to at least be initially impressed by the way that the band can craft their particular brand of terror. It doesn’t take the opener “By Conquest or By Consent” to really get moving into high-octane madness. There’s a rush of adrenaline for sure, but unfortunately, the band doesn’t really add in enough dynamics to keep it interesting for 41-minutes. They can kick up the frenzy to maelstrom levels, but when things get to their most crazed, the riffing structure doesn’t stand out as well as it should and it leads to the songs feeling quite similar to each other. The only break one is really given is the instrumental “Remembrance,” which is a much more melodic piece (effectively placed at the half-way point) but it’s not enough to really counter 35-minutes of more-or-less straight chaos. The final blow comes with a production that is a bit muddied, furthering the inaudible fury when they really ramp up the blastbeats.

Occultaclysmic isn’t terrible by any means. But it relies far too much on simply speed alone to make much of a lasting impact. Lecherous Nocturne are fully capable of knocking the listener back with their intensity, but sadly it’s a more short-term effect than something one will return to frequently. 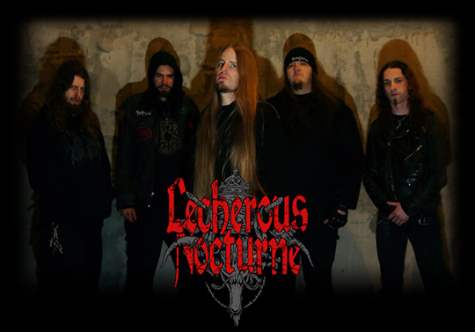