Leaflet – Something Beyond (Rockshots Records) 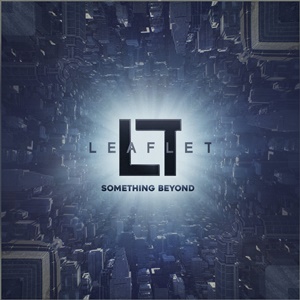 Always curious to hear artists shape well-known genres to their own tastes, Finnish four-piece Leaflet infuse an American style modern hard rock sound with Scandinavian metal nuances on their second album Something Beyond. It’s often a challenge to take influences from the past to remain relevant in an ever-evolving music market – these gentlemen sprinkle in guitar-driven material with the right soulful, passionate vocal melodies/harmonies that keep people moving along, taking the energy of the 80’s/early 90’s into the current century.

The electricity pulsating from the main chord progressions and complementary clean/aggressive transitions of Jaakko Leaflet and Antti Kallio sends immediate earworms to the brain on first exposure for “Earth” or the heads down, dirty rocker “Shades of Black”. The steady rhythm section duties of bassist Fabian Korsström and drummer Pekka Jokela fill the foundation as steady as necessary – throwing down little fills or additional hooks to make “Gonna Do It” and the Alter Bridge-like “Someone Somewhere” intoxicating toe-tappers. Stronger background vocal support from the band allows for deeper chorus affiliations – traversing the sleaze/modern hard rock angles on the commercial-oriented “Resonate” while possessing a bit of that Scandinavian touch on the thoughtful, bouncy “Johnny Two-Face”. The versatility of tracks is an ideal selling point, brought home by the magnetic voice of Jaakko as the main vocalist – he can be smooth or restrained as in the opening verse for “Alone-Alive” while executing a primal, psychedelic-driven aura on the already talked about “Shades of Black”. Closer “Something Beyond” could be a difference maker – the cultural, Celtic-oriented harmonies plus acoustic to electric riffs possess a bit of that Finnish melancholy like latter period Sentenced, Jaakko giving his all in engaging melodies while the lead breaks set ears to stun mode.

Together at this point for a decade, Leaflet may seem on the surface to be a very basic heavy/hard rock-oriented band – yet Something Beyond has that extra depth of multi-generational appeal through dynamic compositions, solid focus, and that alluring vocal harmony component. A hidden gem waiting for more consumers to join the brigade.