Leach – Hymns for the Hollow (Self-Released) 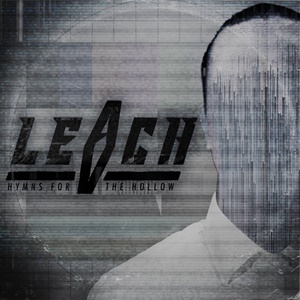 Promoting a proactive music program through the schools at a younger age, Sweden as a result has a multitude of strong musicians seasoned at an earlier curve than other, less fortunate territories. Taking in a cross-pollination of punk, thrash, straight-ahead metal, and even a pinch of hardcore, Leach benefit from the varied inspiration from their domestic heroes as well as North America on this second full-length Hymns for the Hollow. It’s evident throughout these eleven tracks that the four-piece prefer a raw, unabashed energy and groove/hook philosophy that comes alive as natural as possible – the essence of what heavy music should be about.

The juxtaposition of a piano going hand in hand with the ripping punk-fused guitar riffs and thunderous double kick action during “The Untouchables” gets this album off to a raucous start – intertwining the spirit of early The Haunted with the latter rock ‘n’ roll Entombed discography. At other times the wall of guitars and pumping bass lean towards the work of Hatebreed, Anthrax, and Exodus – check out “New Low” and “End of an Era” for songs that the swirling bodies flail, thrust, and crowd surf over. Guitarist Markus Wikander has this gritty roar that combines the pissed off nature of Jamey Jasta as well as the commanding force of Kirk Windstein of Crowbar – the anthem-oriented “Free for All” a spitfire example of the blood-curdling delivery at its primal essence. Leach properly inject these little guitar hooks and engaging breaks that circle back to those early rock and roll days – even when you are hearing the low chugging activities against a thrash tempo within “Do It”. Ending on a rather serene note for “A Hymn for the Exiled” that features bass, clean guitars, orchestration and Markus’ vocals at a distance, it’s a swift record that wastes no time getting its point across in under forty minutes.

Leach latch onto a sound that can appeal to thrash, metal, and crossover audiences – a rare trifecta. It will be interesting to hear how the next set of songs develop, as for now Hymns for the Hollow is quite a strong powerhouse for the band to build upon.