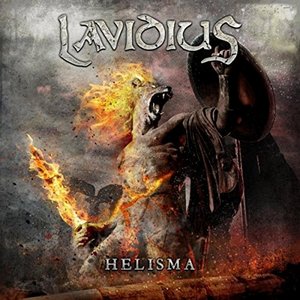 Originally entering the scene almost 10 years ago (2008), Australian modern metallers Lavidius only released their first EP back in 2014, entitled Prison Within. Now flashforward to the present, and Lavidius is about to unleash their first full-length effort, Helisma, an effort that combines modern metal and core elements with melodic undercurrents.

It’s not hard to hear some of the influences of Lavidius as you begin checking out Helisma. Opening cut “Cold and Alone” takes the more guitar-driven antics of bands like Soilwork, Children of Bodom, and Arch Enemy and gives them a coat of more metalcore-ish riffing and barked vocals that also seem to stem from that area (though think more Heaven Shall Burn than Killswitch Engage). The band even goes so far as to include the ever-present Bjorn Strid on “Days Get Darker,” upping the Soilwork comparisons but it’s thick grooves and soaring chorus (courtesy of Mr. Strid) make it one of the album’s highlights. Some catchy melodic riffing can be found on tracks such as “Sorry Sweetheart,” “Lovely Lies,” and “Final Moments Rest” that is sure to invoke approval from the melodeath crowd. Unfortunately, while the band does provide some nice ear-candy with melodies, there are just as many grooves and mid-tempo chugs that don’t hold up as well. Some tracks seemingly get lost in the mix, like “Embers of Paradise” or Letter to a Friend,” which don’t boast the same level of standout moments as the aforementioned cuts. There’s nothing particularly wrong with some of the songs, but they feel too ‘stock’ in nature.

There’s promise to be found with Helisma, even if the band does tend to play it a bit safe at times. Some strong melodies are the high point of the album, but they don’t hit nearly as often as one would like. But with continued growth, Lavidius should be able to make more of a name for themselves.