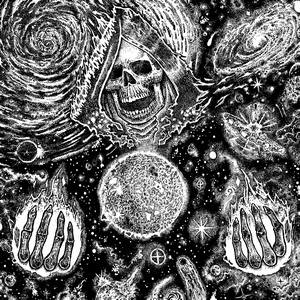 With all of the pristine and crisp production that metal can provide in 2018, it’s sometimes nice to just settle down with something slimy and sludgy. Languish may be a newer face on the scene, but is made up of two members of sludge band North, who wanted to create something even more fast and filthy. Enter Sean Mears of Gatecreeper on vocals, and the band has been churning out some putrid material since 2014, with Unworthy being their second release.

Languish provides two main varieties of gritty extreme metal on Unworthy. With 15 songs in a span of only 26-minutes, there’s plenty of explosive and volatile death metal to take in. The first few songs of the album completely personify this side of the band, with blastbeats, guttural vocals, and high-speed dirty riffs that are of the skin-crawling variety. With the short length, they are almost like bursts of songs with the theme of annihilation at hand. And yes, after a few, they do start to blur together a bit. Thankfully, that’s where some well-placed sludgy and sloppy songs find their way in. Quite possibly even more filthy sounding than at top speed, some more churning and chugging tempos help keep the album from sounding like a complete blur while offering a brief respite, even if these tracks (like the title track) never hit the 3-minute mark.

Unworthy marches on, doing one thing from beginning to end, and that’s to generate carnage. While there’s still a bit of blurring going on despite the tempo changes, there’s never a doubt that Languish achieve their goal of destruction as the album rages with caustic riffs and cavernous vocals.