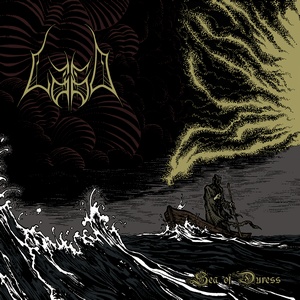 If this scribe remembers one thing about Lago’s debut, Tyranny, it was that of the sheer malice present in the songs. With so many death metal bands resorting to super-clean sounds that occasionally feel devoid of feeling, Lago tapped into something more evil. This is the case with a more blackened approach, but they also wore a bit of their influences on their sleeves as well (particularly Morbid Angel), which kept them from full potential. Sea of Duress advances their sound, and moves them away from direct comparisons to their influences.

First and foremost, Sea of Duress is equally full of malice and feels more dark and foreboding than its predecessor. There’s almost a feeling of unease at times, similar to some more dissonant death metal acts, with the more angular riffing in songs like “Soiled is the Crown.” It’s an atmosphere that works quite well into their already blackened approach to death metal. Urgent blastbeats and punishing riffs often bounce off of more lumbering and haunting ones (check out the one-two closing punch of “Effigy” and “Providence”) in a way that maintains forward motion and stays compelling at any tempo. Added nuances of doom also weave their way into Lago this time, supporting a more isolated and claustrophobic feeling at times. The technicality can be found, but it’s not staring you in the face, and is more to aid in the overall atmosphere instead of a glowing piece of the puzzle. If one is beginning to get the impression, it’s that Lago has really stepped up at bringing in more variation to their sound, and it leaves a strong impression.

Sea of Duress is what Lago needed to do in order to rise among the death metal legions. They infuse a wider variety of feelings and atmosphere without losing their abrasion or bleakness. With a larger label now behind them, it seems there should be more than just whispers of the band’s name in the very near future. 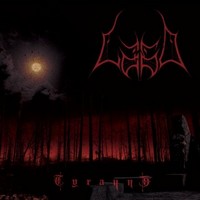